The VW Jetta is the German automaker's long-standing compact sedan that it's been building for seven generations in the U.S. Competitors include the Honda Civic, Toyota Corolla, Ford Focus, Chevy Cruze Nissan Sentra, Kia Rio and Hyundai Elantra. 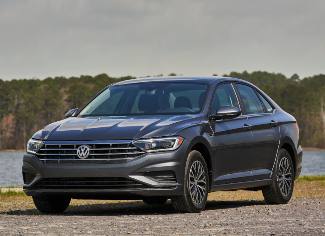 Volkswagen introduced the seventh-generation Jetta at the 2018 North American International Auto Show in Detroit, Michigan. The four-door sedan, which uses the MQB platform of the VW Golf compact hatchback and Atlas large crossover, is being produced at the German automaker’s Puebla plant in Mexico.

Owing to the new platform, the seventh-generation Jetta is larger and has more interior room than the Jetta of the previous generation. It also includes new interior features such as heated front seats, ten-color customizable ambient lighting, and the optional new Volkswagen Digital Cockpit. A touchscreen multimedia system with Apple CarPlay and Android Auto smartphone connectivity comes as standard equipment.

Volkswagen offers this Jetta in five trim levels — S, SE, R-Line, SEL, and SEL Premium—all powered by a 1.4-liter turbocharged four-cylinder gas engine carried over from the previous generation. The 148-horsepower engine is paired with an eight-speed automatic transmission across the line. An optional six-speed manual transmission is available for the S trim. 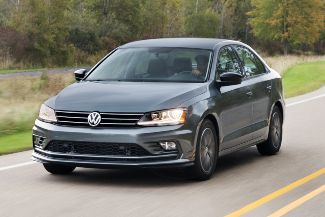 The sixth-generation VW Jetta used the A5 platform of the previous generation. However, enhancements gave it a longer wheelbase and made it larger than the previous iteration.

For this generation, Volkswagen dropped the wagon and took away some of the features that made the sedan a premium compact car. Among other cost-cutting downgrades, the sixth-generation models got lower-quality trim material in their interiors and lost the multi-link suspension introduced in the previous generation. Leather was no longer available; the only optional seating upholstery was leatherette. Only higher trims—such as the SEL Premium—retained multi-link suspension.

The Sport trim featured a sport suspension, two-tone heatable seats, and a rear spoiler. The base S model came with a 2.0-liter, four-cylinder engine that produced 115 horsepower. Engine options for other versions included a 2.5-liter five-cylinder rated 170 horsepower and a 2.0-liter turbocharged diesel engine rated 140 horsepower. 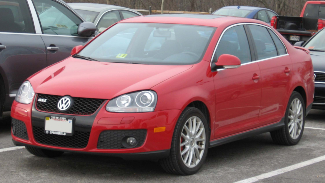 The redesigned fifth-generation Jetta featured sleeker styling, part of which was a new chrome front grille.

Production used a new A5 platform that made it 6.7 inches longer and 1.2 inches wider than the previous generation. Interior room increased by four cubic feet and rear legroom grew by 2.6 inches.

When it debuted at the 2005 Los Angeles Auto Show, the Jetta was available as a four-door sedan or five-door wagon. Volkswagen unveiled the Jetta SportWagen, a variant of the VW Golf, at the 2007 New York International Auto Show. The SportWagen had a cargo capacity of up to 66.9 cubic feet with the rear seats down (up from the 16 cubic feet of the Jetta sedan) and featured an optional panoramic sunroof.

Other innovations that fifth-generation models came with included dual-zone automatic climate control and power steering. Multi-link independent rear suspension, which improved handling and ride quality, was standard for the GLI performance model and optional in other models. 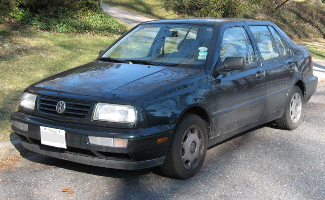 Volkswagen softened the traditional boxy shape of the previous generations to give the fourth-generation a more modern and curvy style. An arched roofline became the Jetta’s new design trademark.

The fourth-generation Jetta carried over the standard 115-horsepower, four-cylinder gas engine of the previous generation. Other power options included a 2.8-liter VR6 engine that produced 174 horsepower and a more powerful 3.2-liter VR6 engine. Volkswagen also carried over the 1.9-liter diesel engines of the previous generation. Buyers could also choose from five- and six-speed manual transmissions or four- and five-speed automatic transmissions. A six-speed automatic transmission became available with a mid-2005 refresh.

Beginning in 2001, Volkswagen introduced a five-door wagon to join the sedan. Side curtain airbags, which came with the wagon, became standard for sedans of the 2001 and subsequent model years. 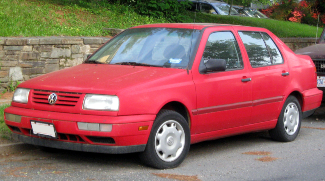 The third-generation used a new Volkswagen platform that made it more aerodynamic.

This Jetta retained some of the boxy design elements from the previous generation but softened a bit to be more contemporary. Volkswagen dropped the two-door model for 1993 and subsequent model years.

The power options in the U.S. were highlighted by a 2.0-liter four-cylinder engine that makes 115 horsepower; a 2.8-liter V6 was optional and produced 172 horsepower. A five-speed manual is standard while a four-speed automatic is optional. 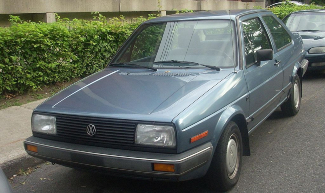 The second-generation Jetta used the new A2 platform that underpinned the second-generation VW Golf. The new Jetta was heavier and larger than the previous iteration: length and width grew by 3.9 and 2.1 inches respectively, and interior space grew by 14 percent.

Volkswagen continued to offer the Jetta in the two-door and four-door configurations of the previous generation. The powertrain got some minor upgrades, but the engine choices offered remained mostly unchanged.

The base powertrain was an 85-horsepower, 1.8-liter four-cylinder engine and a five-speed manual transmission; the performance-oriented GLI model bumped that horsepower rating up to 100 and a three-speed automatic transmission was optional. 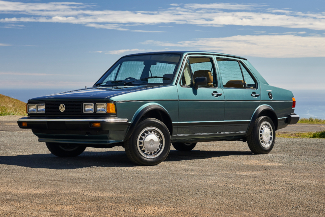 Volkswagen first unveiled the Jetta at the 1979 Frankfurt Auto Show. The Jetta was a modified version of the first-generation VW Golf hatchback.

Designers created the notchback sedan by attaching a new trunk to the tail of the Golf. Both models shared the same wheelbase, but the Jetta was longer by 15 inches. The two Jetta versions—a two-door coupe and a four-door sedan—had a traditional three-box design.