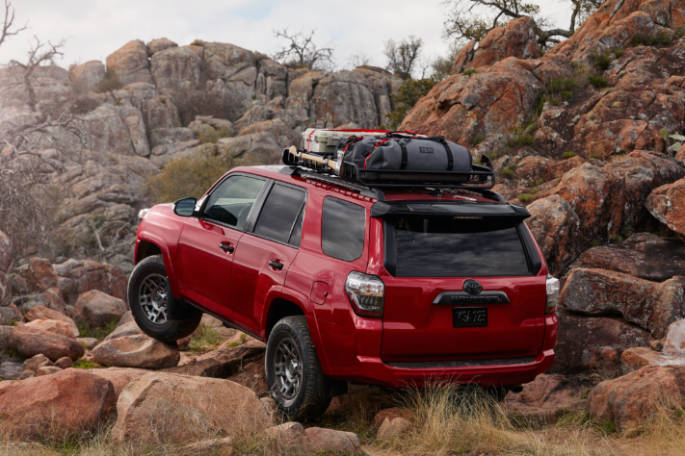 The 4Runner is a classic body-on-frame SUV in an era when most vehicles -- even ones called SUVs -- are technically crossovers that use a more efficient and spacious unibody layout.

After nearly four decades in production and over ten years running in its current generation, the 4Runner can truly be considered a classic among modern vehicles. Toyota has maintained the 4Runner’s off-road focus while adding new tech and comfort features that help bring the old-school SUV gracefully into 2020.

The 4Runner is aimed at buyers that are looking for a rugged SUV with plenty of creature comforts and room for the family. There are six trim levels available for the 2020 model year: SR5, SR5 Premium, TRD Off-Road, TRD Off-Road Premium, TRD Pro, and Limited. Two special editions are also available: Nightshade and Venture.

All models come standard with a 4.0-liter V6 that makes 270 horsepower and 278 pound-feet of torque. This engine is paired with a five-speed automatic transmission and rear-wheel-drive. Two types of four-wheel-drive are offered, depending on the trim level. 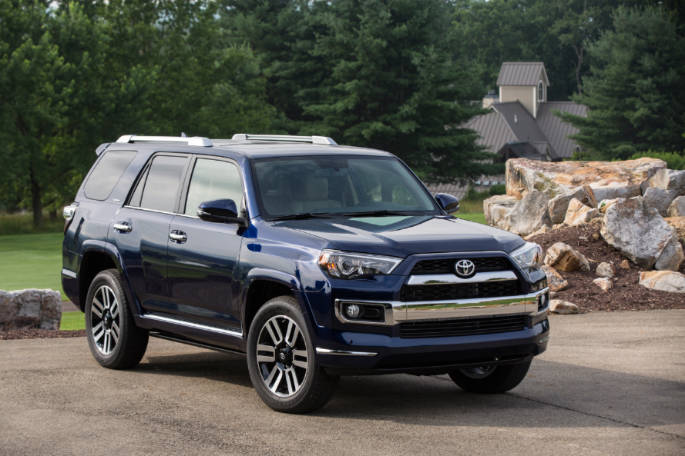 The upgraded infotainment now offers Apple CarPlay for the first time, and the instrument cluster has a 4.2-inch display for trip info and fuel economy figures.

This Toyota doesn’t have much in the way of direct competition, but people shopping for the 4Runner may also look at the Chevrolet Tahoe, Jeep Grand Cherokee and Wrangler, Ford Escape, or even the Honda Passport. The upcoming Ford Bronco and Land Rover Defender will both eventually creep in on the 4Runner’s territory.

Reliability: Toyota has historically landed at or near the top of reliability ratings lists, and the 4Runner is no exception. The 2019 version has an above-average rating, and we routinely see older models run well past the upper limits of what other vehicles are able to achieve. This will also help keep the 4Runner’s resale value high.

Rugged: It’s probably true that many 4Runner owners will almost never take their SUV off-road, but it’s also true that this Toyota is an incredibly capable vehicle if and when they do. Even the cushy Limited model has the ability to tackle nearly any terrain or weather conditions, and the more off-road-focused TRD models are downright beasts when the pavement ends. 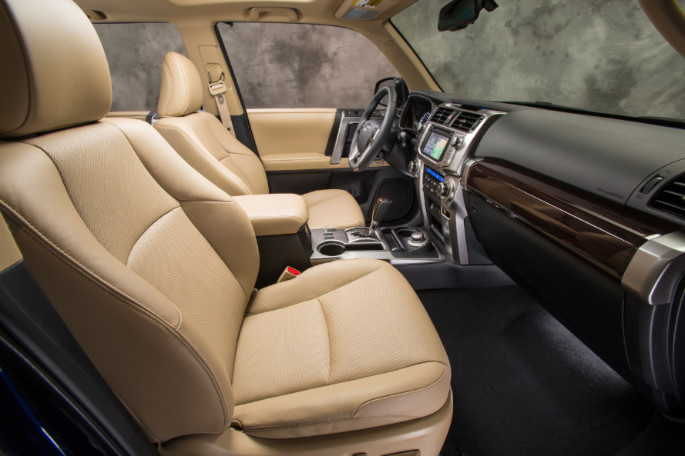 Comfortable: Despite its body-on-frame construction, generous ground clearance, and off-road abilities, the 4Runner drives and behaves mostly like a docile family cruiser on the road. The ride is more than decent, and interior finishes are warm and inviting. The seats are wide, supportive, and work well for longer drives. Second-row passengers are treated to a spacious seat with plenty of padding to keep things comfortable on long drives.

TLDR: Poor fuel economy, acceleration is sluggish, and the price tag will put off some buyers.

Fuel Economy: The 4Runner achieves 16/19/17 mpg city/highway/combined, which puts it down near the numbers that full-size pickup trucks get. The thirsty nature of the Toyota may be outweighed by its off-road prowess for some people, but for everyday commuters, the frequent visits to the pump may get tiresome.

Sluggish Acceleration: The 4Runner’s 4.0-liter V-6 makes a rowdy noise but doesn’t do much to push the SUV down the road with any particular urgency. Accelerating to highway speeds is an exercise in patience, and hill climbs take multiple downshifts before becoming tolerable. Even worse, it’s paired with an outdated five-speed automatic transmission, in an era when many SUVs have eight- and nine-speed gearboxes. 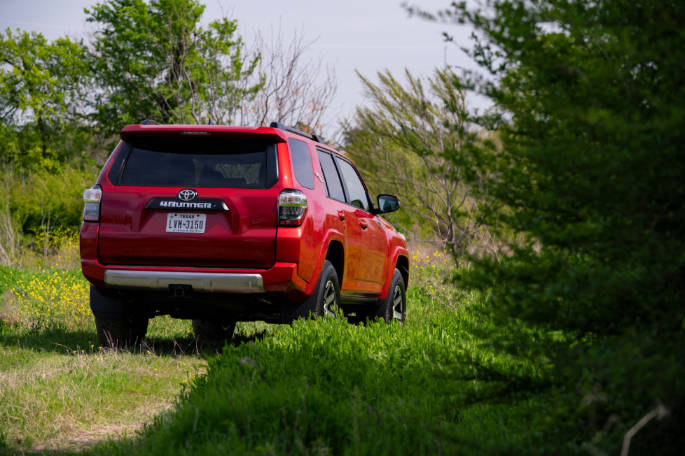 Pricing: Choosing anything other than one of the SR5 trims will drive the 4Runner’s price up quickly. It’s easy to spend over $50,000, especially for a TRD model. That’s not completely out of line with other tough SUVs, but for many buyers, there are better choices with more features for the price. 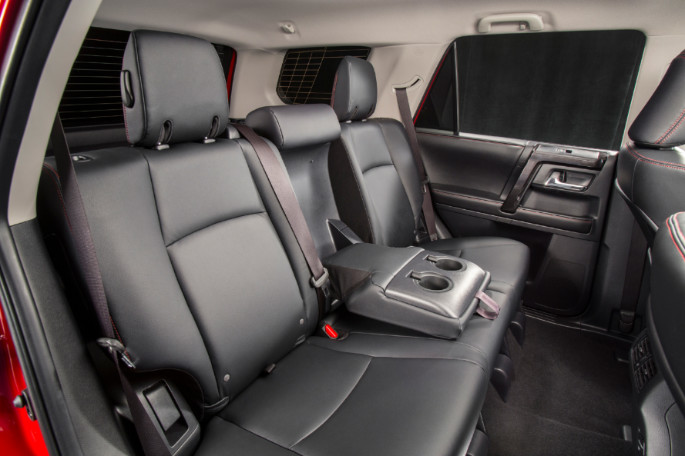 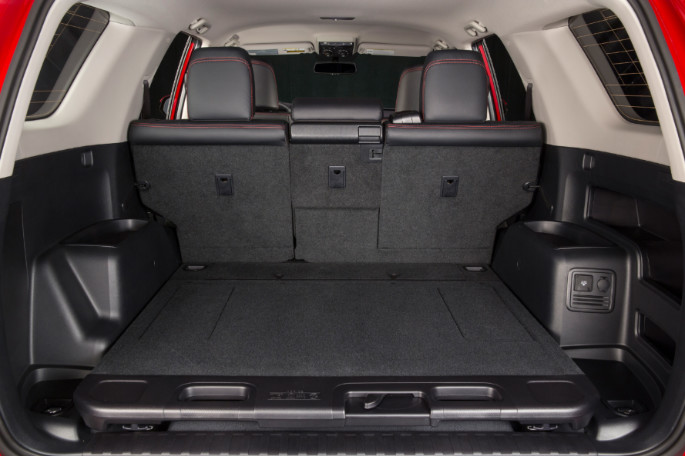 The 4Runner SR5 Premium has a starting price of $40,435 after destination, and comes with Softex faux-leather upholstery, an auto-dimming rearview mirror, color-matched bumpers, door handles, and mirrors, and has a smart key system with push-button start.

A TRD Premium model is available that comes with Softex upholstery and red TRD logos. 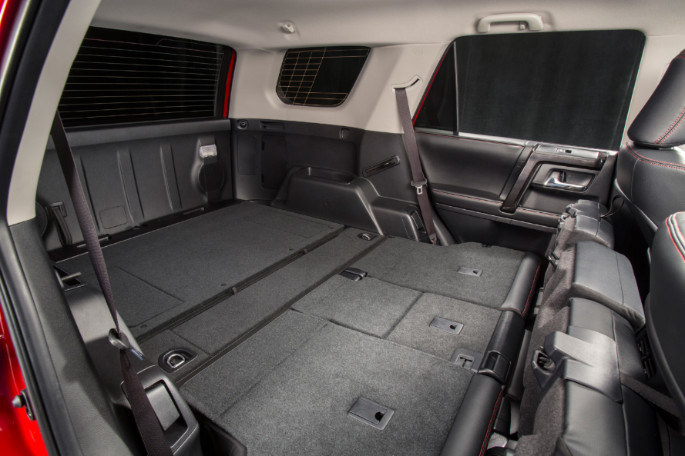 Four-wheel drive is a $2,035 option for Limited models.

If it were our money, we’d buy the Toyota 4Runner Limited. It sidesteps the top-end price that the TRD Pro model commands while bringing more creature comforts for the daily commute.

The 4Runner competes in a growing two-row SUV segment. Rivals like the Passport and Edge have fresher styling and better results in crash tests, but not many can match the Toyota’s off-road capability.

Buyers may also shop the Toyota Tacoma, which has some similar features in a pickup truck shape. Shoppers needing a third row and a more car-like experience would be better served looking at the Toyota Highlander.

The Honda Passport was introduced in 2019, and it has a compelling mix of capability and usability. It’s not a hardcore off-roader, but Honda used enough electronic trickery to give the Passport a surprising level of traction and function when the going gets tough.

The Jeep Grand Cherokee, like the 4Runner, is extremely capable off-road and comfortable on the pavement. The Jeep has a much nicer interior, more advanced tech, and cushier seats, but it too approaches pricing levels that rival many luxury brands. More hardcore off-road enthusiasts would be better served with a Jeep Wrangler, which actually has a similar mix of off-road heritage and capabilities plus on-road refinement and practicality.

This year the 4Runner will see two new competitors arise from the ashes. Ford is bringing back the Bronco as an off-road-oriented SUV, and Land Rover will relaunch the Defender nameplate on a rugged two-door and four-door SUVs. Both will likely strike at the heart of the lifestyle SUV segment that the 4Runner and Wrangler currently dominate. 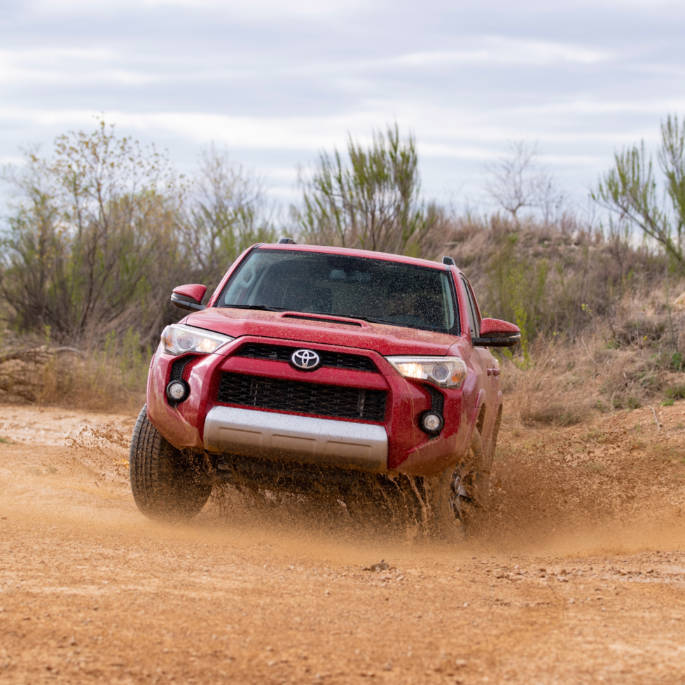