The Cayenne is a five-passenger, midsize luxury crossover SUV from Porsche. It's been offered with numerous powertrains including V6, turbo V6, supercharged V6, hybrid, plug-in hybrid, diesel, V8 and turbo V8 -- all of which have been all-wheel-drive.

It was the first four-door vehicle from Porsche and the first time the brand had used a V8 engine since the discontinuation of the 928 in 1995. Though there was skepticism about the Cayenne's handling when it first launched, it quickly proved itself to be a high-performance SUV and a source of significant income for the Porsche brand.

Throughout its lifetime, the Cayenne has shared components with other vehicles in the larger Volkswagen Group family including Audi, VW and Lamborghini.

The Cayenne is currently in its third generation. 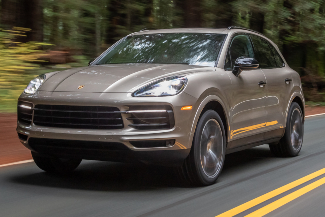 This third-generation was redesigned for the 2019 model year (in the U.S.) and rides on an all-new platform that it shares with other vehicles in the VW family, including the Audi Q7 and Q8, Lamborghini Urus, Bentley Bentayga and VW Touareg.

The exterior design was a subtle evolution of the previous generation, with the most notable change being the taillights and their horizontal light bar across the rear of the Cayenne.

The Turbo model has a 542-horsepower. 4.0-liter, twin turbo V8, and the Turbo S E-Hybrid sits at the top of the range with a 671-horsepower, 4.0-liter twin-turbo V8 and an electric motor. Porsche also added the world’s first tungsten-carbide surface-coated brakes as an option. 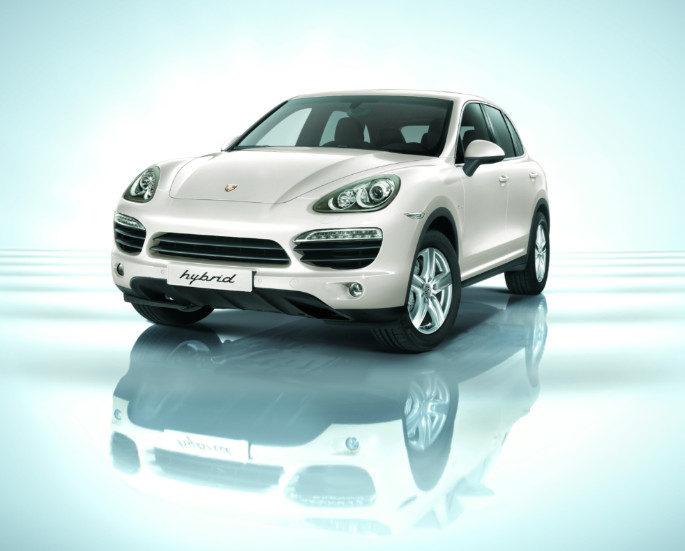 Larger than the previous generation, this new iteration had the more slanted rear window and windshield as well as a more sloping roofline. New additions included door-mounted mirrors, headlights reminiscent of the Carerra GT, and LED daytime running lights as well as a completely redesigned interior.

Fuel efficiency was improved, thanks to the Cayenne shedding more than 500 pounds due to the use of aluminum and magnesium in its construction. A hybrid version joined the lineup at this time.

2011 base models came standard with a 296-horsepower, 3.6-liter V6 engine, dual-zone climate-control AC as well as an interior air filter, and a leather-wrapped, tilting, telescoping steering wheel that held controls for the radio and cruise control. Also standard were leather upholstery, eight-way power front seats and a universal garage-door opener.

The Cayenne S initially came with a 4.8-liter V8 that made 395 horsepower, plus a power sunroof and driver’s seat position memory. The performance-oriented GTS had the same engine but with 414 horsepower and modifications made to its suspension and chassis for better handling.

The Cayenne Turbo and Turbo S had a twin-turbo 4.8-liter V8 engine that made 493 horsepower and 542 horsepower respectively. They also came with a voice-controlled navigation system, an option for four-zone climate control and heated rear seats, and a premium sound system. Other options included Porsche Stability Management, Porsche Active Suspension Management, and Porsche Dynamic Chassis Control as well as Bi-Xenon headlights and a conventional moonroof or panoramic roof.

2012 brought the introduction of the Cayenne S Diesel with a 4.1-liter V8 Volkswagen TDI engine. In 2014 (for the 2015 model year), the entire Cayenne line got a facelift. This included exterior changes to the grille, front and rear bumpers and taillights, dual exhaust.

This was also when Porsche added a plug-in E-Hybrid model which replaced the prior hybrid and became the first plug-in premium SUV available. The 2015 E-Hybrid claimed 47 mpg-e. Porsche also replaced the Cayenne S model's 4.8-liter V8 with a 3.6-liter turbocharged V6 that made 414 horsepower. 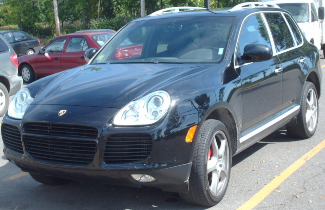 The Cayenne S had a 335-horsepower V8 with a top speed of 150 mph and could go from 0-60 in 7.1 seconds. This engine had variable valve timing and used a dry-sump lubrication system.

The Turbo and Turbo S both had height-adjustable off-road suspensions and a locking differential. The Turbo S boasted a 514-horsepower twin-turbocharged 4.5-liter V8 with a six-speed Tiptronic automatic transmission. This model had a top speed of 171 mph and went from 0-60 in 5 seconds.

A performance-oriented GTS model was lighter than the Cayenne S, with an aerodynamic body kit and enhancements to the suspension tuning and chassis. This version’s 399-horsepower 4.8-liter V8 engine and six-speed manual transmission took the car from 0-60 in 5.7 seconds.

The Cayenne S Hybrid Volkswagen-sourced engine was a 328-horsepower 3-liter V6 and used a nickel metal hydride battery which added 46 horsepower to bring the total up to 380 horses.

All but the base models utilized 8-speed Tiptronic automatic transmissions. Hybrids had an electric vacuum pump and hydraulic steering pump which would allow the car to continue functioning if the engine should ever be deactivated.