The Versa is Nissan's subcompact car, currently available as a sedan or a hatchback (which Nissan calls the Versa Note). It's Nissan's least-expensive vehicle on the market and it competes against models like the Toyota Yaris, the Chevy Sonic, Honda Fit, Ford Fiesta, Kia Rio and Hyundai Accent. The Versa is currently in its second generation. 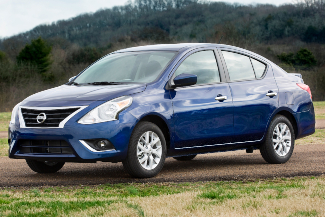 The Nissan Versa sedan entered its second generation for the 2012 model year and was offered in three trim levels: the base S, the SV and the SL.

The S model is largely about affordability with the bare minimum of extras. It includes steel wheels, AC, an adjustable driver's seat, a two-speaker sound system and a manual transmission. Move up to the SV and additional equipment includes alloy wheels, folding rear seat and upgraded interior trim. The highest SL trim has larger alloy wheels, keyless start and entry, plus Bluetooth and USB connectivity. Fuel economy for the S model was 27 mpg in the city and 36 mpg on the highway. The S Plus and SV trims got 31 mpg in the city and 39 on the highway due to the CVT transmission.For 2013, Nissan added the S Plus trim, which sat one notch above the base S. This version added a CVT automatic gearbox, a rear spoiler, four-speaker sound system and cruise control.

The engine on this generation was a 1.6-liter, four-cylinder unit that made 109 horsepower and 107 pound-feet of torque. It was paired with a manual transmission as standard equipment on the base S model with an optional four-speed automatic possible. The higher trims offered a standard CVT transmission, which very much improved the gas mileage of the car.

The Versa's tall roofline made its interior space bigger than average for this segment. Legroom and headroom were also spacious enough to fit people over six feet tall. The cargo space is also better than average thanks to larger-than-average trunk space.

In 2013, Nissan introduced the Versa Note, the five-door hatchback version of the sedan. It's positioned slightly more upmarket than the bare-bones sedan. This model was launched with the same 109-horsepower, 1.6-liter four-cylinder engine as the sedan and CVT automatic gearbox. A slight refresh for the Versa models happened in the middle of 2018. It added a standard rearview camera, plus a seven-inch display for infotainment purposes.

The 2019 model year eliminated the SL trim, thus leaving it with the S, S Plus and SV. The S trim in this year only offered the manual transmission with no automatic option (drivers wanting an automatic would have to start with the S Plus trim to get it). There were no extra packages for the S trim either.

The S Plus offered an automatic CVT as standard equipment and similar additional equipment as previous years for this trim.

The SV remained mostly the same, though it included Android and iOS connectivity and a three-month satellite radio subscription. 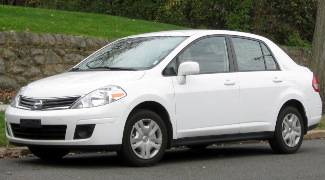 This generation of Versa sedan and hatchback came with a 1.8-liter four-cylinder engine that put out 122 horsepower. A six-speed manual was the standard transmission and a four-speed automatic was optional for the base trim while the SL trim had an optional CVT available.

There were two trim levels available: the base S and the SL. The SL added goodies like AC, power windows/mirrors/door locks and anti-lock brakes, which were options on the S. It also offered options that weren't available on the S, including Bluetooth connectivity, a sunroof and a rear spoiler.

In 2009, the SL sedan came with a four-speed automatic as standard equipment and the SL hatchback came standard with the CVT. Nissan revised the model offerings by putting out two cheaper base models for the sedan called the 1.6 Base and the 1.6.

These models had a 1.6-liter four-cylinder engine that put out 107 horsepower. A five-speed manual transmission was standard and a four-speed automatic was optional. These models had even less features available than the previous base model. Air conditioning and even a radio were just options.

At the time, this base sedan was the cheapest new car on the market, selling for $9,990. Shortly after this, Hyundai's Accent would cut its price to win the least-expensive distinction. During this generation, even ABS was optional across all the trims until 2010 when it was added as standard equipment.