The Altima has had its work cut out for it since its debut in 1993. Designed to compete with the likes of the Honda Accord and Toyota Camry, it took a while for the Altima to prove that it belonged within the company of vehicles that still stand tall today.

Despite never catching up to the Camry and Accord in terms of sales, the Altima has proven itself a worthy competitor over other rivals such as the Mazda6, Volkswagen Passat, Hyundai Sonata, Kia Optima, and even the Subaru Legacy.

It has evolved from an average family sedan into a stylish, safe, affordable, and technologically-advanced choice fighting in an extremely competitive segment. The Altima is currently in its sixth-generation of production, and frequent redesigns have ensured its competitiveness in the market. 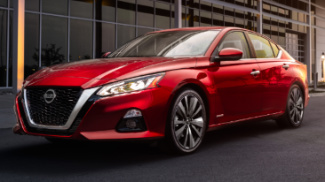 The current Altima is part of the sixth generation, first introduced for 2019. The handsome exterior styling is more crisp and refined than the previous generation, and though it’s understated, the design of this generation of Altima is refreshing when many of its competitors seem to be trying too hard visually.

The optional 3.5-liter V6 engine has been replaced by a 2.0-liter turbocharged inline four-cylinder engine, while the standard 2.5-liter four-cylinder base engine carries over with a slight bump in power to 188 horsepower.

All-wheel-drive is also now an optional feature, though the continuously variable transmission remains standard. Trim levels have changed once again to include S, SR, SV, SL, and Platinum.

This generation also brought with it savvy improvements to both active safety and technology features. Even base model Altimas come with standard with an eight-inch touchscreen display, power driver’s seat, and automatic emergency braking.

Optional features include a 360-degree camera system, sunroof, and ProPilot Assist, a suite of active safety and driver-assistance systems. 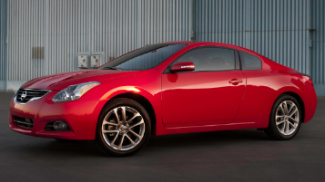 The fifth-generation Altima grew slightly larger in most dimensions and offered more refinement and style than its more basic predecessor.

Engine options remained largely the same, with the four-cylinder 2.5-liter unit getting a small boost in horsepower to 182.

Additional changes include the elimination of the manual transmission and the discontinuation of the Altima Coupe in conjunction with the release of the fifth generation.

Later in this generation’s lifespan, the 3.5 S and SV were eliminated just a couple years into production to slim down choices.

Base models were still bare-bones for the time and included features like air conditioning, power windows, power locks, and electronic stability control.

A mid-cycle refresh for 2016 was relatively thorough in terms of changing the exterior design, particularly with the headlights and taillights. Additional refinement was added to the interior, and the new SR trim level were all added.

2018 saw even more changes even though it was the last year before a complete redesign was in order. The 2.5 S became the new “base” model with the deletion of the 2.5, a revised infotainment system was implemented, which included Apple CarPlay and Android Auto as standard, and smart key access became standard. 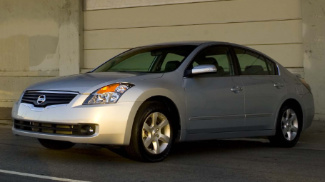 More significant changes came with the fourth generation Nissan Altima including the introduction of a coupe body style, the usage of yet another entirely new platform, and more modern exterior styling updates all around.

Engine choices remained the same as the third generation. The base engine is a 2.5-liter four-cylinder while the optional unit is a 3.5-liter V6, which gets a bump in horsepower to 270.

A continuously variable automatic transmission became the optional transmission opposite the six-speed manual that came standard.

Despite these changes, along with a more utilitarian interior and added technology features, trim levels remained largely the same.

Additional standard features were added to all trims and included a rearview camera and Bluetooth, air conditioning, push-button start, and keyless entry.

Another small mid-cycle refresh for the 2010 model year included slight headlight and grille revisions, as well as the standardization of electronic stability control for both the coupe and sedan models.

A hybrid sedan was also offered until 2011 when it was discontinued. 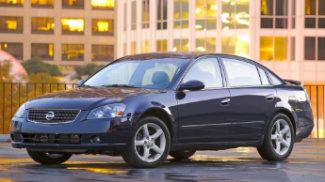 The third-generation Nissan Altima was a significant departure from the previous generation. Not only was it bigger both inside and out, but it received a thorough exterior redesign and was built on an entirely new platform. It was now sharper and more serious in appearance than its predecessors.

Engine options and trim options were expanded, a welcome change from previous generations.

Additional changes involved the trim levels, which were updated to include the engine of choice but remained the same in terms of equipment level: the base 2.5, 2.5 S, 2.5 SL, and 3.5 SE.

The base 2.5 continued to offer minimalist features like manual windows and cloth seats. The 2.5 S added keyless entry and air conditioning, and the 2.5 SL was the most luxurious of the four-cylinder engine trims. It included leather seating and aluminum wheels.

The 3.5 SE was the sportiest of the bunch.

The third-generation Altima also introduced the SE-R, a sport-oriented trim that pulled additional performance out of the 3.5-liter V6 engine, and paired it with a stiffer suspension, a standard six-speed manual transmission, and sporty cosmetic changes.

A minor mid-cycle change to the third generation Altima was introduced for 2005; it included a small facelift and slight power bumps to the six-cylinder engine. 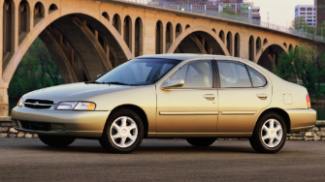 The second-generation Nissan Altima was the shortest-lived generation to-date. It is also considered one of the more underwhelming redesigns throughout the Altima’s long history.

The new rear-end design, which looked stubby and dull by many reviewers’ accounts, turned some buyers off. Additionally, as part of the redesign, the Altima was cheapened, especially in the interior, and consumers noticed.

Only one engine option remained -- a 2.4-liter four-cylinder -- and buyers had their choice of a five-speed manual or four-speed automatic transmission.

Trim levels also remained the same with the base XE, GXE, SE, and GLE remaining similarly equipped to the first generation.

The XE offered the most basic amenities, while the GLE got standard leather seating as an upgrade from the previous generation.

Additional luxury items on the highest GLE trims included a power driver’s seat and keyless entry. Apart from a few overall changes, one big change to the second generation included the option of side airbags. 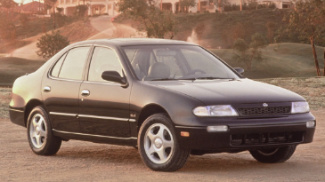 The first-generation Nissan Altima made its debut as a 1993 model year vehicle. It was introduced to replace the Stanza, and its smooth, sleek design was vastly different from the squared-off, angular look of the Stanza’s.

Only one engine was available: a 150 horsepower inline four-cylinder. It was mated to either a five-speed manual transmission or a four-speed automatic transmission.

Base XE models came with minimal equipment like manual locks and windows. Other trim levels, namely the GXE, SE, and GLE came with progressively more equipment such as power windows, a retractable radio antenna, and fog lights. The top-of-the-line GLE even had a heads-up display, an impressive feature for the time.

Minimal mid-cycle changes were made to the Altima, but slight cosmetic changes like grille enhancements, slightly redesigned taillights, and better safety features were added.