Hyundai may have been a late starter to SUVs in the US, not introducing one until the 21st century. But the introduction of the Tucson to complement the larger Santa Fe represented one of the first significant moves to make the South Korea-based automaker a mainstream player.

The Tucson was introduced to compete with the increasingly popular compact SUV class that already included the Ford Escape, Honda CR-V, Subaru Forester, and Toyota RAV4. Newer players such as the Mazda CX-5 and Nissan Rogue have made the field more competitive, so Hyundai has rolled out more refined versions of the Tucson that keep it far removed from its humble beginnings, and keep it as one of its most popular vehicles. 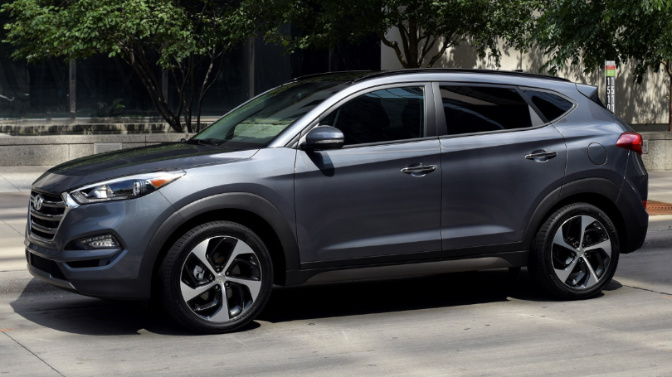 Hyundai completely revised the Tucson for 2016, taking large steps forward in terms of refinement and technology. While its exterior dimensions were little changed from the second-generation model, it was more refined and space efficient than before. Styling was more upright and less sporty than the previous model, adopting a more traditional SUV shape than its hatchback-like predecessor. That also allowed for a more airy interior and better visibility. There were also bolder LED running lights and new LED tailights, along with available 19-inch wheels and optional LED headlights. Inside, the Tucson was larger and more refined than before. Newly available features included heated rear seats, a hands-free power liftgate, an infotainment system with Apple Siri Eyes Free, built-in streaming music capability, and Yelp functions. Later, Apple CarPlay and Android Auto compatibility would be added. Driver assistance technology was also introduced with optional automatic emergency braking, blind spot monitoring, lane departure warning, parking sensors, and a standard backup camera. Hyundai’s Blue Link app system could operate some vehicle functions, such as the lights or door locks, through either a smartphone app or a smartwatch function.

A 163-horsepower, 2.0-liter four-cylinder again served as the base engine, paired only to a six-speed automatic transmission with standard front-wheel-drive or optional all-wheel-drive for the SE model. The more expensive Limited and new Sport and Eco models received a 175-horsepower, turbocharged 1.6-liter four and a seven-speed dual-clutch automated transmission.

Hyundai would slowly update the Tucson over the years with more standard equipment like heated front seats and Blue Link telematics, as well as other features such as a high-performance audio system. For 2019, however, with a larger grille and new lighting, a redesigned dashboard, new infotainment system on all models, and a new engine. A new 181-horsepower, 2.4-liter engine replaced the previous offerings and a six-speed automatic transmission was the only choice. Driver assistance features were now standard, with automatic emergency braking and lane keeping assist standard on all models, along with a new driver attention monitor. These would hold the Tucson over ahead of a new model for 2022. 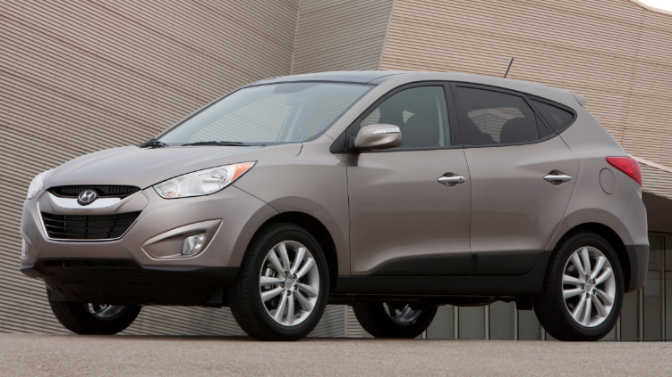 The Tucson was redesigned for 2010, using the latest Elantra platform and a range of new equipment. Styling was drastically changed with softer lines and a more curved profile that did away with much of the faux off-roader look of the first model. A new 165-horsepower, 2.0-liter four-cylinder was the base engine, and a 175-horsepower, 2.4-liter four took the place of the previous V6 option while making slightly more power. The base model received a six-speed manual transmission as standard, but all other Tucson models used a new six-speed automatic. Adding six inches of length to the new Tucson meant it was more spacious than the old model, although it was still relatively compact for an SUV. New features included Bluetooth phone connection and a USB input for music players, while features such as built-in navigation and a panoramic moonroof were new options on higher trims.

Hyundai updated the Tucson’s styling for 2014 with new LED running lights, a revised grille design, and new wheel options, but the vehicle remained largely unchanged until a new model arrived. 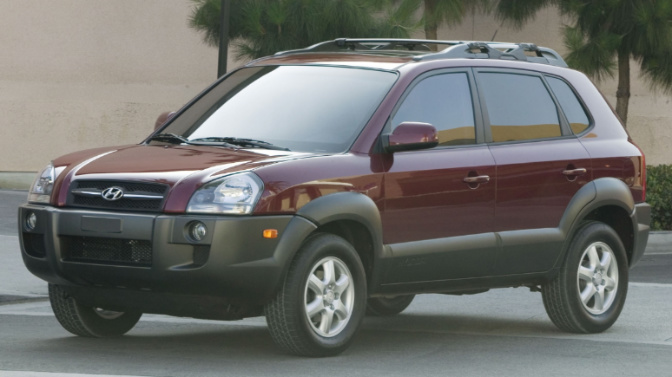 The Tucson was introduced for 2005. Whereas the Santa Fe, Hyundai’s first foray into the SUV market here, was based on the midsize Sonata sedan, the Tucson used pieces from the compact Elantra sedan, firmly distancing itself from the larger vehicle. Base GL models received a 140-horsepower, 2.0-liter four-cylinder engine with a standard five-speed manual transmission or optional four-speed automatic. A 173-horsepower, 2.7-liter V6 with the automatic transmission was an option for GLS and standard on the top LX (or Limited) grade, unusual for a small SUV at the time. Front-wheel-drive was standard, but all-wheel-drive was offered. The Tucson came well-equipped with full power amenities, remote keyless entry, air conditioning, and six airbags, also generous for this time. Higher-grade models had options such as a power sunroof, heated front seats, and leather upholstery.

Hyundai also used this Tucson to test its second-generation hydrogen fuel cell technology, but it was not released to the public.

There were minimal changes to the Tucson, apart from the renaming of some trim levels and additional equipment such as automatic climate control and revisions to exterior trim and wheels. But the Tucson went mostly unchanged until a new model was released.