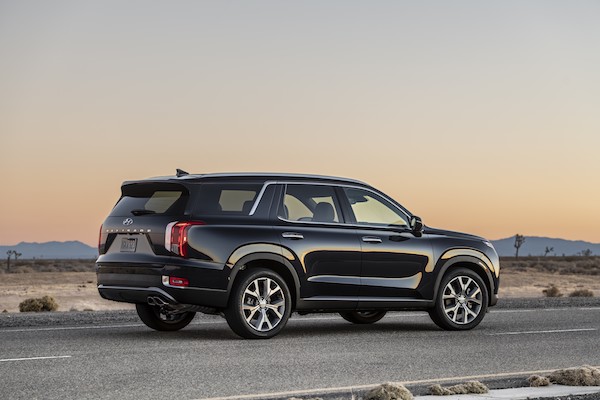 The Palisade is an all-new crossover from Hyundai that now sits at the top of its CUV lineup. This new model was launched for the 2020 year and boasts three rows of seats. It’s larger than the rest of Hyundai’s crossovers: the Sante Fe XL that it ultimately replaces, Santa Fe, Tucson, Kona and the forthcoming Venue.

This Palisade is also very similar to the new Kia Telluride (same platform, powertrain and seating layout), as Kia and Hyundai have the same corporate parent.

All Palisades comes standard with a 3.8-liter V6 engine that makes 291 horsepower and 262 pound-feet of torque. This engine is paired with an eight-speed automatic transmission.

This new Hyundai is big, not just overall but also for its segment. Though it’s about the same length overall as the Honda Pilot, it has more cargo room inside than the Honda (and the 2020 Toyota Highlander). 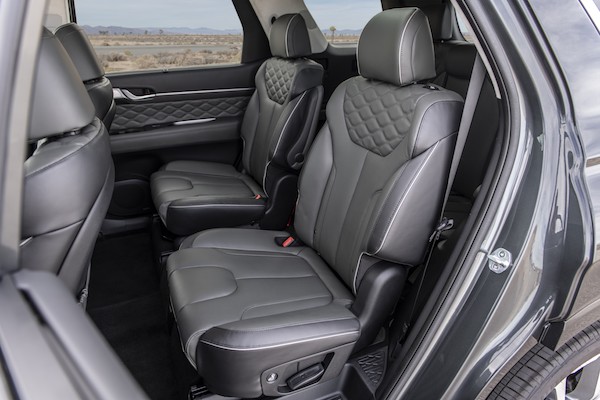 The Palisade is available in three trim levels: SE, SEL and Limited.

The Palisade SE seats eight passengers with bench seats in the second and third row of seats. This bench-seat setup is also a no-charge option on the SEL, though the SEL models come standard with captains chairs in the second row, making it a seven-passenger model. The Limited is only available in this seven-passenger configuration.

TLDR: Great value, plenty of space and an interior that punches above its weight.

Value The Palisade comes with a laundry list of standard features on every trim level that makes this crossover one of the best bargains in its segment. Whether you go basic with the SE trim or opt for the loaded Limited, buyers are treated to an impressive list of luxury goodies, safety tech and practical amenities.

Space This should come as no surprise, given how big the Palisade looks on the road, but there is an impressive amount of space inside. All three rows of seats can accommodate adults of the six-foot-tall variety at the same time and third-row access is made easier by a quickly sliding/folding second seat and well-placed grab handles. 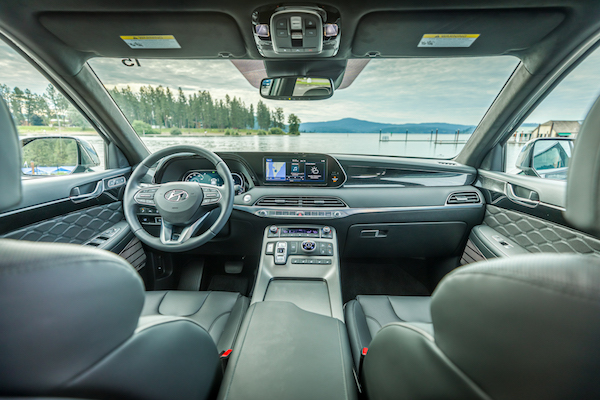 Interior Dress for the job you want, not the job you have, they say. Hyundai’s interior takes this to heart. Though Hyundai isn’t technically a luxury brand and the Palisade isn’t in a luxury segment, you wouldn’t know it by looking at the details and execution of its interior. This was particularly true for the Limited trim, with quilted leather seats, brushed metal accents and a pair of large digital screens on the instrument panel and dashboard.

Needs more power Lean on the gas pedal when you’re on an onramp or looking to pass the slow-moving big rig and the Palisade takes a few brief moments and a few transmission downshifts before it can serve up meaningful power. The experience left us wanting more power delivered more quickly. While the power of it V6 is on par with that in the 2020 Toyota Highlander, Honda Pilot, Nissan Pathfinder, VW Atlas and it’s more than what the Mazda CX-9 offers, we’re still admiring on the grunt offered by the base engine in Ford’s new Explorer. 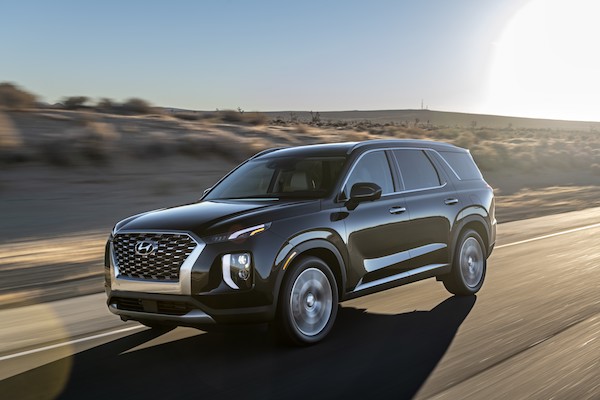 Where’s the wifi? Minor gripe here but if you have kids with gadgets that depend on WiFi for long trips, you’re going to need to BYOW on the Palisade. Given all the tech that Hyundai packed into its largest vehicle, it’s disappointing that WiFi didn’t make the list.

Single powertrain Crossover shoppers looking for a little variety (hybrid, diesel, etc) won’t find such options on the Palisade. The lack of a hybrid is a particular bummer, since a three-row crossover that sips fuel sounds like a great idea to us. Only the Toyota Highlander and Ford Explorer offer such an option. 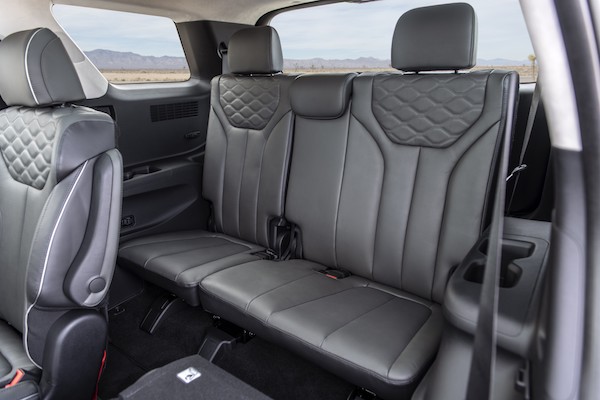 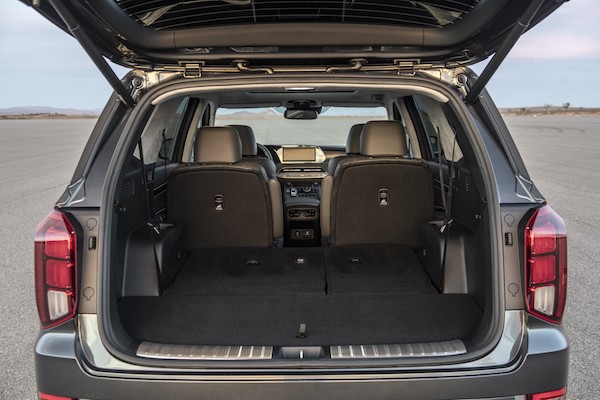 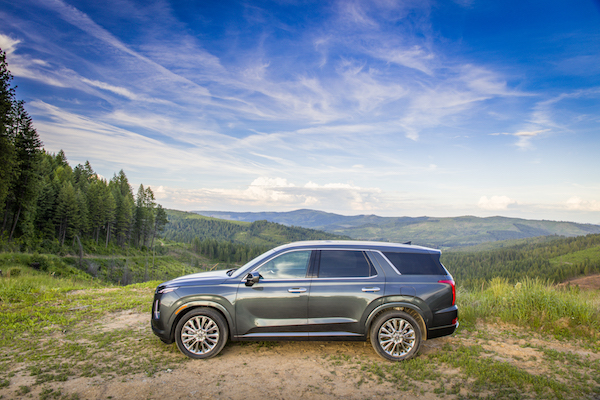 Finally the Palisade Limited starts at $45,745 (including destination) and adds to the loaded SEL model goodies like a larger 12.3-inch digital instrument panel with blind-view monitor (which uses external cameras on the side of the vehicle to show you your blind spots when you turn on your blinker), Nappa leather seats, a heads-up display, dual sunroofs, ventilated front seats, 630-watt Harman Kardon audio system, 10.25-inch touchscreen infotainment system, 360-degree parking camera and in-car intercom system.

If we were choosing our trim level we’d opt for the SEL with all of the option packages. For around $40,000 you get a loaded full-size SUV that’s hard to beat. 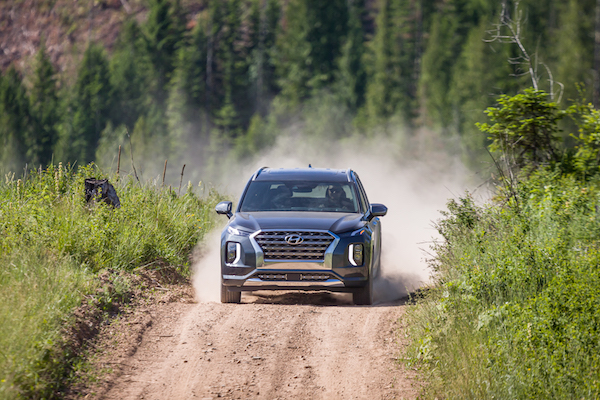 The Hyundai Palisade competes in a popular class of family-sized three-row SUVs. Which means it has a lot of competition. While the Hyundai (and its kissing cousin the Kia Telluride) should be at the top of your shopping list, here’s a look at others worth a look.

Ford’s Explorer is all-new for 2020 and it offers four different powertrains (a great base turbo four, two strengths of a turbo V6 and a hybrid) and plenty of space throughout. We liked it but we’d still prefer the Hyundai, largely because it feels more refined and offers a better value.

Mazda’s CX-9 is the best-handling crossover in the segment, if that’s a priority for you. But it lacks power and space, which are important.

We also like the Honda Pilot, Volkswagen Atlas and Subaru Ascent.

Toyota has an all-new Highlander out for 2020 but we haven’t tested it yet.

We would pass on the Dodge Durango, Chevy Traverse and Nissan Pathfinder.

See additional 2020 Hyundai Palisade photos for more views of the interior and exterior.