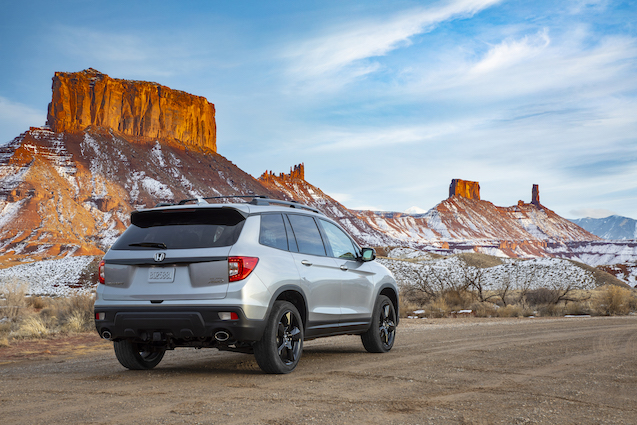 The Passport is a new model from Honda for the 2019 model year. Yes, you may remember the Passport name from the Honda SUV that it sold here for nearly two decades in the 1990s and 2000s, but this is an altogether different model.

The Passport is aimed at the more sporty, rugged-seeking buyer. It splits the difference between the more SUV-like Jeep Grand Cherokee and Toyota 4Runner with on-road rivals like the Ford Edge, Nissan Murano, Chevy Blazer and Hyundai Santa Fe.

The Passport comes with a single powertrain that it shares with the higher-end trims of the Pilot. This includes a 3.5-liter V6 engine that makes 280 horsepower and 262 pound-feet of torque, and a nine-speed automatic transmission. Front-wheel-drive is standard on nearly all trim levels, while AWD is a $1,900 option.

There are four trim levels on the Passport: Sport, EX-L, Touring and Elite (Elite is the one with standard AWD).

TLDR: Both the powertrain and the interior are aces.
Great powertrain. 280 horsepower, 262 torque and a smooth-shifting nine-speed automatic made for a great combination on the loaded Elite test model we drove (which has standard AWD). The Passport never wanted for power during acceleration and even the handling was predictable and responsive.

The Interior Part I: Functionality. Highlights include rear seats that slide fore and aft, recline AND fold flat with the cargo floor, one-button seat-folding features, hidden space underneath that cargo floor and ample room all over for heads, knees, gear and cargo. The Passport’s interior is a home-run in execution and packaging, something Honda has long excelled at. 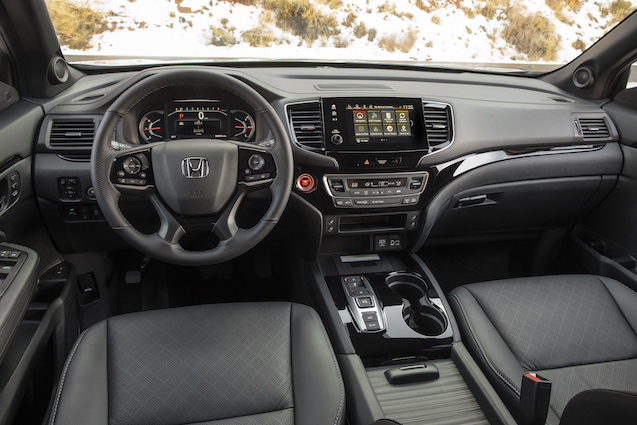 The Interior Part II: Comfort. A quiet cabin, a comfortable ride and a well-designed dashboard come together to give Passport buyers more than just the interior’s functionality to drool over. The touchscreen infotainment system is also excellent.

Not an SUV. While Honda would like you to think that the Passport can go toe-to-toe with legendary off-roaders like Jeep’s Grand Cherokee and Toyota’s 4Runner, it’s not in the same league as those models. Marketing aside, this is a crossover -- not an ultra-rugged SUV. The good news? That’s fine for 99% of the Passport buyers considering that they’ll never take it off-road in the first place.

Not luxury. Though the loaded Passport Elite trim sells for $43,680 -- a near-luxury sum -- the inside lacks the high-end indulgence you might see on rivals with the same price tag. Things like wood trim, chrome trim (inside or out), a panoramic moonroof, higher-grade leather seats. This is a minor complaint since most buyers won’t even opt for the Elite trim (the EX-L will be the big seller) but it’d be nice to see what Honda could do in the near-luxury space. 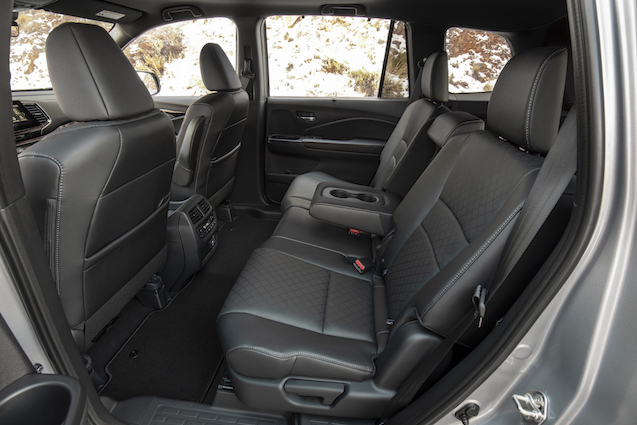 Gas hungry. Both the front-wheel-drive and all-wheel-drive versions of the Passport don’t offer great fuel economy relative to most of its peers. This was a disappointment coming from a brand like Honda, one that knows its way around a fuel-efficient engine. 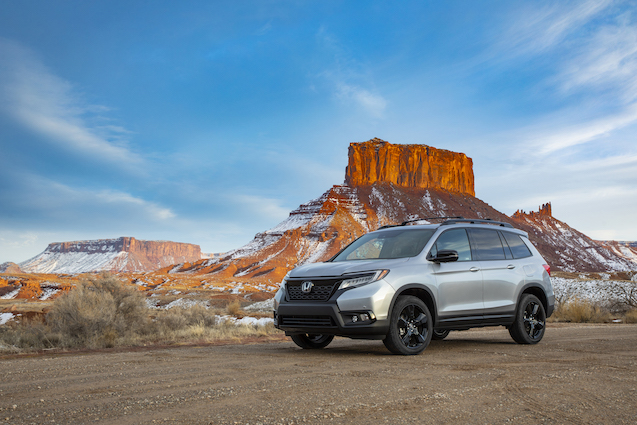 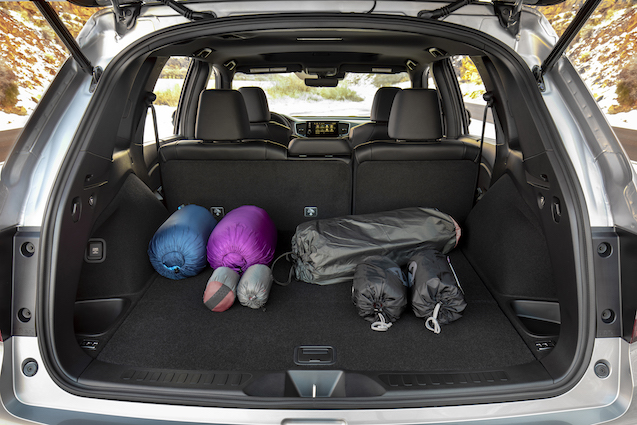 Total Rating: 4 out of 5 stars

The base Passport Sport starts at $33,035, including destination.

The EX-L starts at $37,455 (including destination) and adds leather seats that are heated up front, a leather-wrapped steering wheel, a sunroof, a power tailgate, blind-spot monitoring, power passenger seat, a touchscreen infotainment system, Apple Carplay and Android Auto connectivity and satellite and HD radio. This is the model we’d choose if we were buying a Passport.

The Touring model is next up, at $40,325, including destination. It comes with navigation, a hands-free power tailgate, parking sensors, LED headlights, roof rails, a 10-speaker audio system, power-folding mirrors and wider tires and wheels.

As mentioned, all-wheel-drive is another $1,900 for the three aforementioned models.

AWD comes standard on the top-end Elite trim, which starts at $44,725, including destination. This model also has ventilated front seats, a heated steering wheel, wireless phone charger and rain-sensing wipers.

The Passport is in a popular and growing segment of five-seat crossovers that are larger and more sophisticated than the compact models (like Honda’s CR-V) and smaller than the family three-row versions (Honda’s Pilot). Thus, competition is also heating up.

We would put the Passport at the top of the current crop of crossovers (say that three times fast) but you should also check out models like the Nissan Murano, Subaru Outback, Jeep Cherokee, and Hyundai Santa Fe.