The Japanese-based automaker Honda introduced the CR-V, a compact crossover SUV, into the U.S. market in 1997. Blending a crossover body design with a Honda Civic platform, the CR-V has evolved to become one of the most popular crossovers on the market.

So popular, in fact, that the Honda CR-V compact SUV remains one of the longest-standing and most popular compact SUV choices among buyers today. The Honda CR-V competes directly against the Toyota Rav4, Ford Escape, Nissan Rogue, and the Subaru Forester in the compact crossover SUV segment. The CR-V makes for a comfortable runabout vehicle in both city and urban environments offering ample cargo space and great fuel economy.

The 2023 model year CR-V promises a new CR-V that will begin an entirely new generation of the iconic Honda crossover utility vehicle. 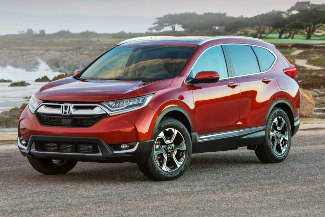 The fifth-generation Honda CR-V features the same compact global platform as the tenth-generation Honda Civic, making the vehicle a bit larger and giving it a slightly more aggressive appearance than earlier models. The latest CR-V has sharp lines, LED tail lamps and headlamps, a wide overall stance, dual exhausts, a longer wheelbase, and a hood with short overhangs. Compared to the previous generation, this CR-V is one inch taller and 1.5 inches longer with a wheelbase that’s been extended by 1.6 inches, creating more room in the cabin for increased storage space and a more comfortable fit.

There are four trim levels available: LX, EX, EX-L, and Touring. The LX trim contains the same 2.4-liter engine as the previous generation, but the other trim levels come with a new 1.5-liter turbo engine. Front-wheel drive (FWD) is standard, but you can upgrade to an all-wheel-drive (AWD) platform. The EX trim adds features including Android Auto, Apple CarPlay, heated front seats, satellite radio, a moonroof, and a touchscreen infotainment system. The EX-L trim comes with leather seats and built-in navigation.

The 2020 model year Honda CR-V received an exterior facelift, a turbocharged engine offering, and Honda Sensing which are active safety features that have become standard in model years 2020+. The 2020 model year CR-V also featured the Honda CR-V Hybrid which is offered in only the AWD drivetrain and 2.0-liter four-cylinder gas engine paired with two electric motors. The Hybrid variant of the CR-V has its own trim levels which consist of the CR-V EX, EX-L, and Touring which is a trim level shared with the standard CR-V.

No major changes have taken place for the 2021 or 2022 model year Honda CR-V but the 2023 model year promises to be a whole new generation of CR-V. 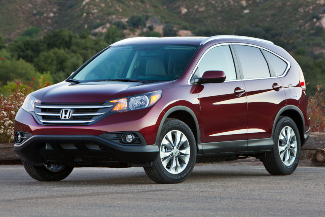 For the 2015 model year, Honda introduced a continuously variable transmission (CVT), along with an improved suspension, superior handling, and better sound insulation. The enhanced structure and airbag system helped provide better protection in the event of a crash, and the anti-roll bars, suspension shock absorbers, and lower control arms give the car a better feel during turns and while driving over speed bumps.

The 103.1-inch wheelbase is the same size as the third generation, and this vehicle seats five people. Expect approximately 24 to 27 miles-per-gallon (mpg) in the city and 32 to 35 mpg on the highway, depending on the model year and transmission type. 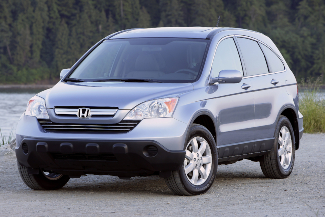 The exterior of the third generation Honda CR-V featured a new horizontal slat-style chrome grille, redesigned taillights, redesigned front and rear bumpers, and 17-inch, five-spoke alloy rims on the EX-L and EX trim levels. Previous models had a side-opening rear door with a spare tire mounted on it, but Honda removed the spare tire from the door and changed the door design to a rear liftgate.

The interior contained a new seat fabric and wider armrests for the driver and front passenger seats. Honda changed the layout of the audio controls and switched the gauge color from black to blue. The EX-L trim includes a USB audio input with an optional navigation system with Bluetooth functionality. The 2011 model has 17-inch seven-spoke alloy rims along with a six-disc CD changer.

The 2.4-liter inline-four cylinder engine offers 166 horsepower and 161 pound-feet of torque at 4,200 rpm. There is no manual transmission available for the car, and it features an FWD drivetrain. The 2010 and 2011 models have a 180-horsepower engine and standard FWD with optional 4WD. All model years in this generation seat up to five people. 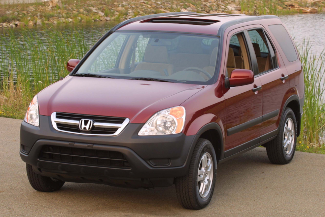 The second-generation CR-V was a complete redesign from its predecessor. Honda used the same platform as the seventh-generation Civic, giving the CR-V notable improvements to the chassis and suspension. From 2002 to 2004 there were only minor changes, but Honda refreshed the CR-V in 2005. The automaker replaced the old 15-inch wheels with 16-inch wheels and gave the vehicle new taillights and headlights with separate bulbs for low beams and high beams.

Honda upgraded the interior and added audio controls to the steering wheel, an outside temperature monitor and the new stereo system supported XM satellite radio. Honda also added an SE trim for the 2015 model, which offers heated side mirrors and front seats, a leather-wrapped steering wheel, and leather seating for a luxurious feel. 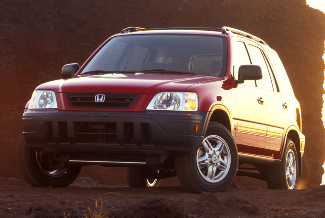 The first generation of the Honda CR-V only had one trim level—the LX. It came standard with a 2.0-liter inline-four cylinder engine that made 126 horsepower and 133 pound-feet of torque. The exterior had a black plastic grille and the interior featured fold-down rear seats and a picnic table stashed in the floor area. The EX trim came out in 1998 and added 15-inch alloy wheels, anti-lock brakes, and the choice of AWD or FWD. Honda released an SE edition in 2000, featuring body-colored bumpers, a CD-and-cassette player, leather upholstery, chrome grille accents, and a navigation system.

The 1999 to 2001 models received an upgraded 2.0-liter engine, which offered 147 horsepower and 133 pound-feet of torque changing the previous powertrain configuration. Even though the engine had more power, it still achieved 23 mpg in the city and 28 mpg on the highway thanks to a new intake manifold and higher compression ratio.