The Dodge Durango is a full-size SUV that has been in production since 1998. It is currently in its third generation and offers a wide range of different variants, models, and trim levels. Dodge ceased Durango production after the 2009 model year, but restarted it for the 2011 model year after a full refresh of the vehicle, meaning there was only a one year gap in production. 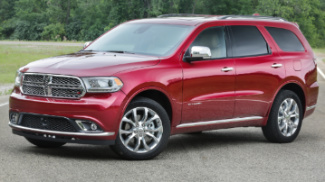 Dodge restarted production of the Durango SUV for the 2011 model year, and the third-generation Durango is currently in its ninth year of sales.

For the 2014 model year, Dodge released a face-lifted Durango with more aggressive styling, a few interior tweaks, and an eight-speed automatic transmission. Auto start-stop was introduced in 2016, and the 475-horsepower SRT version was released for the 2018 model year. For the third generation Durango, there are a total of 12 trim levels to choose from, versus the second generation’s five.

The most recent update to the Durango is the introduction of the massively powerful, track-inspired 2021 Durango SRT Hellcat. The Hellcat moniker can be found on all of Dodge’s most potent offerings. The new Durango is powered by a 6.2-liter Hemi Hellcat V8 engine that produces 710 horsepower and 645 pound-feet of torque, making it the most powerful SUV ever. It can make the run to 60 miles-per-hour in 3.5 seconds and complete the quarter-mile in 11.5 seconds. If you want one, you’ll need to move fast – this super SUV will be produced for the 2021 model year only.

One other significant change Dodge introduced for this model year is the Durango’s underpinnings. It uses the same platform and many of the same parts as the Jeep Grand Cherokee. Previously, the Durango used a separate frame. Other updates included mild changes to the exterior design and interior layout. 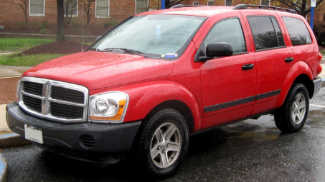 The second-generation Durango was a significant departure from the first-generation vehicle, particularly in terms of exterior styling. From 2004 to 2009, the Durango was chunky and squared-off, which perfectly fit the automotive design aesthetic found in many vehicles in the early 2000s.

It is seven-inches longer, two inches wider, and three inches taller than the first-gen Durango. It is significantly larger inside and offered more cargo space (some 15 percent more) and room for passengers.

Under the hood, the Durango offered several different engine choices, many of which evolved over the second generation’s five model years. The Durango was the very first Dodge SUV to use the famous Hemi engine. The base engine was the 210 horsepower Magnum V6, and the range-topping 5.7-liter Hemi V8, which made 376 horsepower and 401 pound-feet of torque, was debuted for the 2009 model year. A smaller Hemi engine was also offered.

Towing was significantly improved over the first-generation Durango -- properly equipped, this generation could tow up to 8,900 pounds over the previous maximum of 7,500 pounds.

This version of Durango also had on it a new braking system. Dual-stage front airbags were standard equipment, while side curtain airbags were an optional extra.

It was right after the 2009 model year that Dodge made the decision to discontinue the Durango due to slow sales. The Newark Assembly facility in Newark, Delaware, was shuttered in 2008, and production of the Durango and its sister car, the Chrysler Aspen, ended in mid-December 2008. 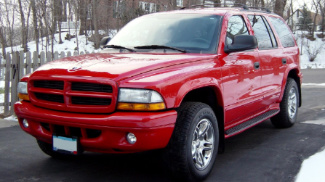 The first-generation Dodge Durango was introduced for the 1998 model year as a replacement for the Dodge Ramcharger. Its exterior styling is noticeably different than its successors – Dodge’s ‘crosshair’ grille is significantly smaller, its overall shape is simpler, more rounded, and rugged. It shared many parts with other vehicles across the Dodge/Chrysler/Plymouth family at the time.

There were several improvements and updates made to the Durango over the first few model years. In 1999, a two-wheel-drive variant was introduced along with the 3.9-liter Magnum V6 engine. It was also around this time that Dodge created a special Shelby SP-360 version of the Durango, which used a supercharged 5.9-liter V8 engine and made 360 horsepower and 412 pound-feet of torque.

One year later, in 2000, a 4.7-liter Magnum V8 engine became available, and Dodge made the decision to discontinue the Magnum V6 all-together and use only V8 engines in the Durango going forward. This year also saw the introduction of the R/T model Durango.

2001 saw minor interior changes and upgrades. In 2003, the SUV received notable safety upgrades including all-wheel disk brakes, in addition to other mechanical and cosmetic changes.

The first-generation Durango’s original exterior dimensions are a wheelbase of 116.2 inches, an overall length of 193.5 inches, a width of 71.3 inches, and a height of 70 inches. Those numbers varied slightly over its production run but remained very similar. Curb weight is a hefty 4,689 pounds.

The body-on-frame architecture of the early Durango was based on the Dakota pickup truck. Dodge tried to position the Durango above smaller SUVs of the time like the Chevrolet Blazer and Ford Explorer, but a step down from the larger Chevy Tahoe.