The Dodge Challenger is a classic American muscle car. Known primarily for its power and sporty aesthetic, the Challenger's first and third generations capture the quintessential essence of the vehicle, while the second generation presented the most drastic shifts in design and performance. 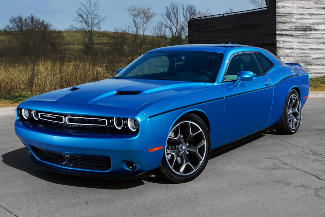 Dodge released a limited edition run of approximately 6,000 new Challenger SRT8 models in 2008 -- the first relaunch of the vehicle since 1983, and for many retro enthusiasts, a return to form. In 2009, the vehicle entered full production. This third-generation Challenger maintained the first generation's iconic size, powerful engine, and comfortable interior, while also offering modern innovations.

In 2011, Dodge introduced a more powerful Pentastar V6 base engine, upgrading the 3.5-liter unit to 3.6-liters and the 250-horsepower to 305 horsepower. The 2011 model also offered upgrades to the suspension, brakes, and steering, delivering a vehicle that handled better than earlier third-generation Challengers.

In 2013, Dodge presented some new aesthetic options like the Rallye Redline package, which was based on the SXT Plus trim. It also included a GPS stolen-vehicle recovery system and performance-oriented suspension and brakes.

It wasn't until 2015 that some major changes were made. Dodge gave the 2015 Dodge Challenger's exterior a cosmetic update with sleeker LED taillights and LED daytime headlines. The 2015 model also moved from the previous 5-speed automatic transmission to an 8-speed ZF automatic transmission. The 2015 model also offered the SRT Hellcat trim, with a staggeringly powerful 707-horsepower 6.2-liter supercharged V8 engine.

In 2017, Dodge introduced a GT model with an all-wheel-drive. In 2018, Dodge made some minor changes, including suspension and brake upgrade options and a 19-inch wheel option.

2018 was also the only year that Dodge released the SRT Demon version of the Challenger. This model makes 808 total horsepower, thanks to a larger supercharger, and comes with drag-racing-oriented (but street-legal) tires, a lighter curb weight, and wider fender flares.

In 2019, Dodge trimmed some of the Challenger variants. It also gave a 10-horsepower boost to the Hellcat, for 717 total. It also released the Hellcat Redeye, which is similar to the earlier Dodge Challenger SRT Demon. The Redeye makes 797 horsepower and comes with other heavy-duty upgrades to the powertrain and suspension. Dodge also made available a Widebody package for certain high-performance iterations of the Challenger; this package included a retuned adaptive Bilstein suspension, fender flares, a wider track, high-performance tires, thicker roll bars, and beefier brakes.

In 2020, the Challenger got another trim level called the SRT Super Stock. This version has the same 6.2-liter V8 engine as the Redeye with a bump in power specs to 807 horsepower and 707 pound-feet of torque due to a higher redline from a recalibrated powertrain. This allows the engine to rev all the way up to 6,400 RPM.

The 2020 Challenger also has lighter 18-inch wheels and an optimized tuning for the Bilstein suspension. This model year also saw an available 50th Anniversary Package that included a Shaker hood scoop, a limited-edition grille badge, and Nappa leather upholstery with carbon-fiber trim on the interior.

For the 2021 model year, the Challenger was made available with Gold Rush paint for the T/A, T/A 392, SRT Hellcat, and SRT Hellcat Redeye iterations. A wide-body option was also included for the Dodge Challenger R/T Scat Pack Shaker and T/A 392 models. The GT AWD also started to come standard with 20-inch wheels and tires. 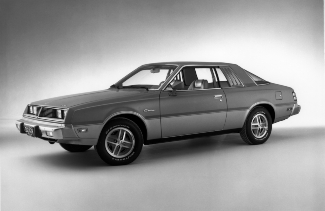 For many fans of the original first-generation Challenger, the second-generation introduced in late 1977 and made available in 1978 was a disappointment. The vehicle was essentially an imported and re-branded Mitsubishi Galant Lambda. It disregarded the design and style that made the earlier Challenger so well-loved among muscle car enthusiasts, instead opting for a boxier frame, square headlights, and an overall less-sporty aesthetic than its predecessors. The Plymouth Sapporo was the same car, albeit the more minimal, classier version. The Dodge Challenger, meanwhile, emphasized a louder, sportier aesthetic with tape stripes and brighter color options, although it still fell short of the first-generation's in-your-face design. The second-generation Challengers remained the same until 1981 when they were updated with minor stylistic changes, including a new headlight style.

The second-generation's inline 4-cylinder engines were weaker than the first-generation's powerful 6 and 8-cylinder offerings, further alienating fans who loved the car for its raw power and drag strip capabilities. The design did retain its frameless hardtop design, but performance-wise, it was very different aside from the Challenger name. Nonetheless, the second-generation Challenger was recognized as a relatively high-performance car in its class, due largely in part to the availability of a 105 horsepower, 2.6-liter HEMI four-cylinder engine. This was preferred by those who craved something more powerful than the base 77-horsepower engine. In the past, four-cylinder engines of that size vibrated too much to be a viable option, but the second generation Challenger was one of the first vehicles to utilize balance shaft technology to keep vibrations at bay. 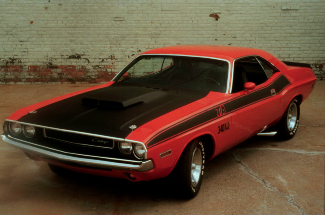 The first-generation Dodge Challenger was introduced in late 1969 and made available to the public in 1970. It was released alongside the Plymouth Barracuda, a car that was similar but slightly smaller. The Challenger was released to compete with other pony cars such as the Pontiac Firebird, Chevrolet Camaro, and Mercury Cougar, as well as the Ford Mustang that had been released in 1964.

The first-generation Challenger was available as a two-door convertible or hardtop coupe, with exciting style upgrades such as bright colors, rear deck wings, and various hood designs. Challenger enthusiasts had an incredible array of engine options, with nine different rear-wheel-drive powertrain choices that ranged from the base 145-horsepower I-6 engine to an extremely powerful 426-cubic inch, 425-horsepower HEMI V8. Buyers could also choose between 3-speed or 4-speed manual transmission or Chrysler's TorqueFlite automatic transmission.

In 1971, Dodge introduced some subtle cosmetic changes, including a new grille and dual taillights. The powertrain options were adjusted slightly to meet new EPA emission requirements, detuning one engine and dropping two others altogether. In 1972, Dodge decided to streamline the engine options down to three; they made 110 horsepower, 150 horsepower, and 240 horsepower. The 1972 model was only available in hardtop, and it also featured more rounded bumpers and a grille with an open face. The 1973 further reduced engine options, eliminating the 6-cylinder option and leaving only the choice of 150-horsepower or 240-horsepower V8 engines. In order to keep up with changing safety regulations, Dodge in 1974 added lap and shoulder belts with inertia reels and a mechanism to stop the car from starting if the driver wasn't buckled in.