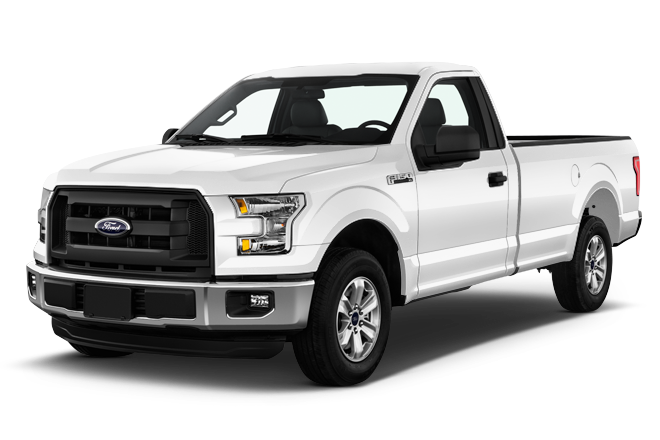 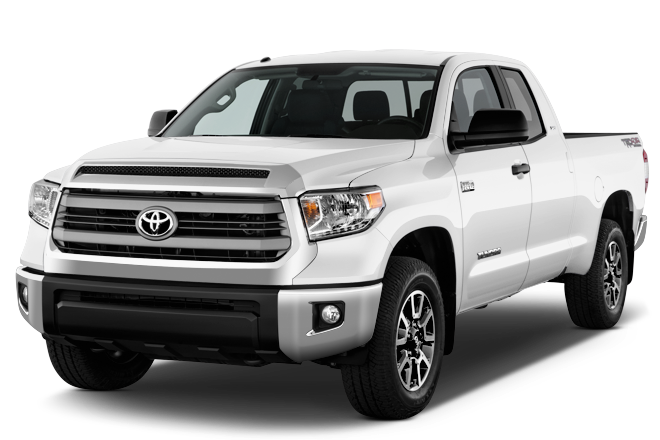 Aluminum body. Ford’s 2015 F150 has a body made largely from aluminum, rather than steel like nearly all other vehicles on the market. This makes the Ford lighter (thus more fuel efficient) but also more expensive to repair at the body shop.

What’s better about the 2015 Toyota Tundra?

Reliability. It’s hard to argue with Toyota’s track record of reliability, especially with its long history of trucks and SUVs. That brings you peace of mind when buying used.

Sliding rear window. We know this is a minor advantage but it’s one we’ve always liked: this generation of Tundra has a rear window that slides vertically into the panel below it. Every other truck on the market (including the Ford) uses a conventional, horizontally-sliding window panel that is much smaller and not nearly as cool as Toyota’s.

Fixes will cost less. As we mentioned, the Tundra has a steel body, which any body shop can repair cheaply and easily. The Ford will not only cost more to repair thanks to its aluminum body (and not all body shops have the right equipment), but it will also cost more to insure.

This is one of those comparisons where there are no bad choices. The Toyota is more simple, likely cheaper on the used market (and cheaper to fix and insure) and packs a lot of interior space and comfort and a big brawny V8. But the Ford has more choices all around (engines, interior options and beds) so you’re more likely to find the perfect model to fit your budget and your needs. We say Buy the Ford.

Automotive Images, Copyright [2000 – 2023]. All Rights Reserved. The automotive images contained herein are owned by the respective copyright owners and are protected under United States and international copyright law. Access to and use of these images is restricted by terms and conditions of a separate license agreement. Any unauthorized use, reproduction, distribution, recording or modification of these images is strictly prohibited.”