Powertrain: A 1.4-liter turbocharged inline-four-cylinder with 138 horsepower and 148 pound-feet of torque.

A six-speed automatic transmission and front-wheel-drive are standard. 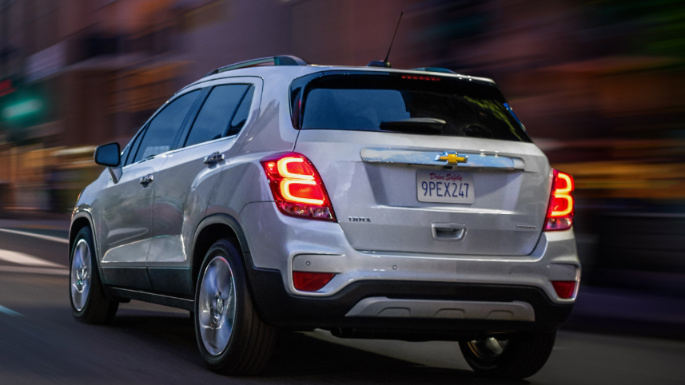 Chevrolet offers an SUV-heavy lineup with several choices depending on size, price range, and seating capacity. The Trax is one of Chevy's smallest offerings and is closely related to the Buick Encore. This SUV was launched in the U.S. for 2015, and while it received some styling changes inside and out for 2017, it's stayed mostly the same since its debut. Updates for the 2020 model year amount to only some new exterior paint choices. 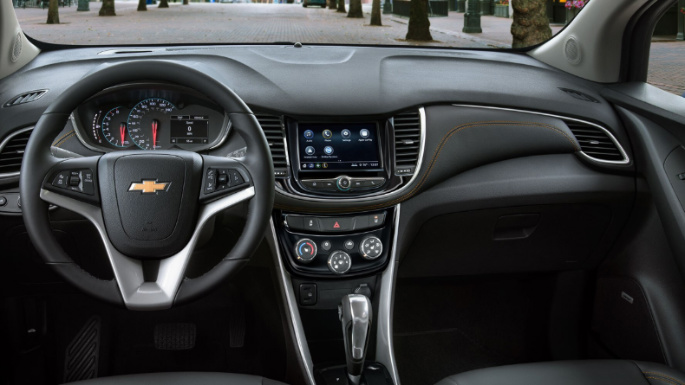 The 2020 Trax performed decently in crash tests by the Insurance Institute for Highway Safety (IIHS). It earned the highest Good ratings in most crashworthiness testing categories, except for the small overlap front passenger-side test, where it scored the second-highest rating of Acceptable. Its optional front vehicle-to-vehicle crash prevention systems were rated the lowest Basic, and its LATCH system ease of use was rated Acceptable. The National Highway Traffic Safety Administration (NHTSA) awarded the Trax five stars in all crash-test categories except for rollover prevention, where it was given four stars.

Standard safety equipment includes 10 airbags, the OnStar telematics system, and a rearview camera. Available features include blind-spot monitoring, rear cross-traffic alert, forward collision warning, lane departure warning, and rear parking sensors. But there are no advanced driver assistance technology features available on the base LS model, even as options. Many competitors at least offer advanced driver aids in base trim levels, and some have begun offering the tech as standard equipment, as Mazda and Toyota have done, for example. 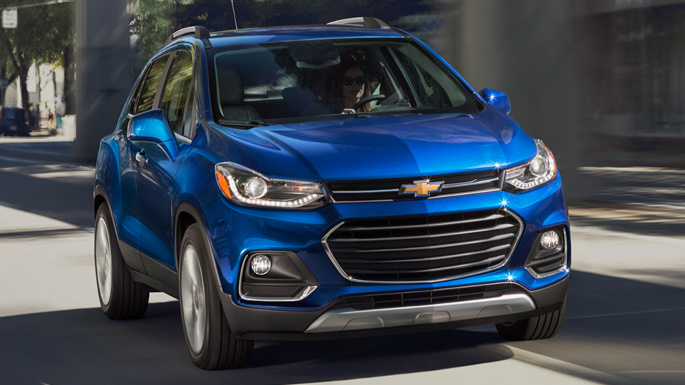 In its top trims, the Trax can crest the $30,000 mark. Most of its rivals reach that mark, but that price also buys the larger and more substantial-feeling Chevy Equinox and several other better competitors.

The Trax doesn't stand up well against its competition, which in many cases beats it on equipment, experience, and price. Not surprisingly, the Trax doesn't get any advanced driver aids as standard equipment. In fact, outside of tech, the standard offerings aren't numerous. At least the tech offerings are impressive for an entry-level vehicle.

The Trax's interior betrays its price tag at any level. At the low-end LS trim, the Trax feels an awful lot like a budget-grade vehicle. Hard plastics and cheap feeling cloth upholstery dominate the cabin. There are still too many hard plastics and build quality at the top level, and they're at odds with the $30,000 price territory.

The middle LT trim with added options is the value pick here. It can be optioned up with advanced safety features, a sunroof, and upgrade audio without topping out at the Premier trim's dollar amount. That said, the Premier trim carries every option and only hits around $30,000 when loaded. Other options in the segment are comparably priced and offer a more engaging driving experience, more equipment, better fuel economy, and larger interior spaces. The Kia Soul and Honda HR-V both stand out as excellent alternatives. Extras like the Kia's lengthy warranty make either a compelling choice against the Chevrolet Trax. 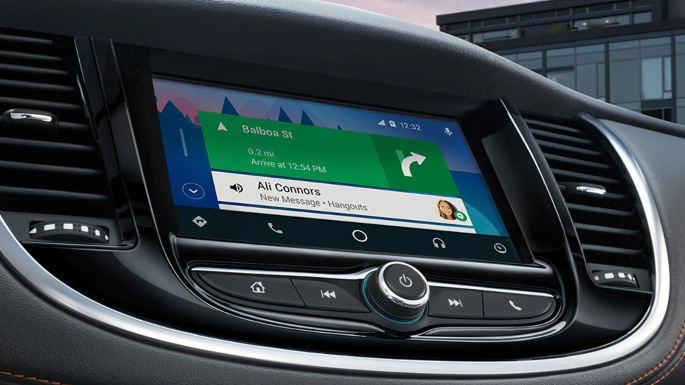 Chevrolet's updated Infotainment 3 touchscreen is one of the easiest to use systems on the market. It uses colors to help differentiate menus and settings. The interface is responsive and makes using the system easy when the vehicle is moving. 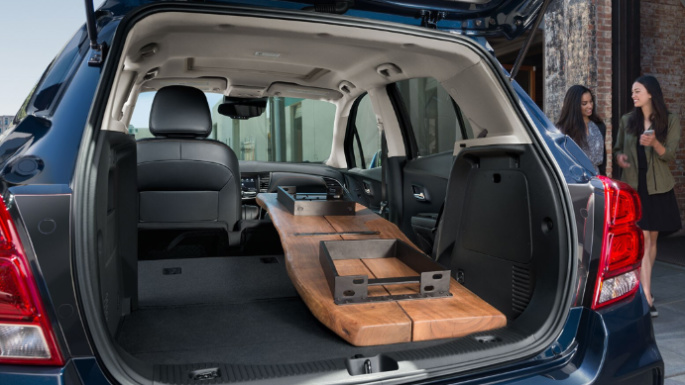 The Trax is small, even compared to the other small crossovers it competes with, but its cargo space is usable. Behind the rear seats, there's 18.7 cubic-feet of cargo space. With the back seat folded down, that opens up to a respectable 48.4 cubic feet of space. The Trax won't be hauling lumber anytime soon, but it's more than capable of handling some luggage and light cargo.

The Trax's back seat is barely serviceable for adults and is not the roomiest for kids in car seats. Front-seat legroom is somewhat limited, especially for taller adults, creating a tug-of-war between the front and back seat for space.

The limited interior space is a direct result of the Trax's diminutive overall size. Thankfully, the stature has its uses, which come mainly in maximum maneuverability in almost all settings. The Trax is easy to move, park, and see out of, making it easy to live with in city driving.

Available all-wheel drive makes the Trax a suitable choice for drivers in some adverse weather conditions, more so than on the Kia Soul, Nissan Kicks, and Toyota C-HR, where it isn't even offered. But the Jeep Renegade and Subaru Crosstrek are more adept at dealing with tricky road conditions. 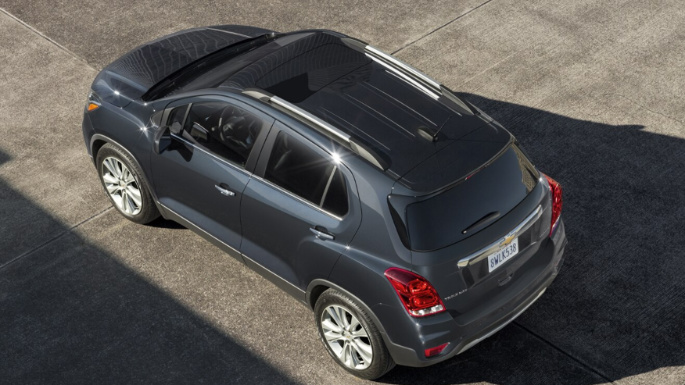 Chevrolet has moved the Trax's styling in a sharper and more modern direction in recent years, which aligns it more closely with the rest of the company's lineup and makes it appear slightly larger than it really is. The exterior is plainly styled and clean and lacks the busy design that many smaller vehicles carry. The LS trim level sports plastic wheel covers and indeed looks and feels like an entry-level vehicle. Fortunately, it too is a clean design that doesn't try to be dressy or pretentious in any way.

The Trax's interior feels every bit the rental car spec. The plastics are hard, the cloth feels low-rent, and the build quality is less than excellent. The interior controls, screens, and buttons are all within easy reach for the driver. That's more a result of the Trax's small overall dimensions than a conscious effort to orient things toward the driver, but it works and makes using the vehicle much more straightforward.

The Trax offers a high seating position and large windows that give the driver and all passengers a great view of the road in nearly all directions. Its drab interior decor does not distract and leaves the driver to the job of focusing on what's happening outside the vehicle. 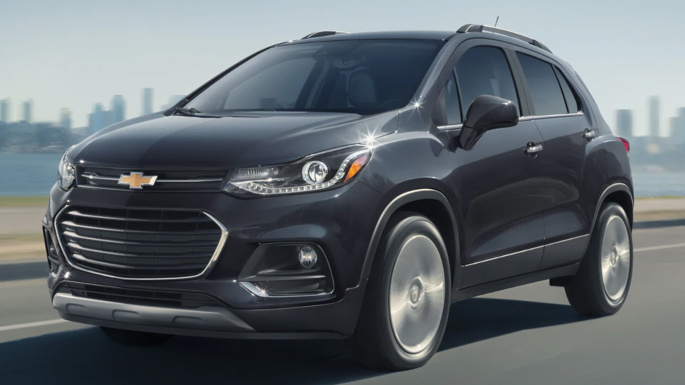 The 1.4-liter, 138-horsepower four-cylinder engine does not do much to motivate the tiny Trax with any real gusto. Its turbocharger adds welcome torque, but overall it's not going to thrill anyone. The six-speed automatic transmission feels behind the times against competitors. Shifts are slow, and the transmission works to maximize fuel economy instead of working with the engine to provide anything even slightly resembling an engaging driving experience.

Steering is quick and helps move the tiny Trax with ease. At low speeds, that adds up to an exceptionally maneuverable vehicle, but it can make the little crossover feel twitchy at high speeds. It takes a lot of focus and effort on the highway to drive smoothly and avoid jerking.

The Trax comes with drum brakes on the rear wheels, increasingly a relic from decades ago, and a cost-cutting sign. Disc brakes are only added when all-wheel-drive is selected. Thankfully, the tiny Trax can be stopped with little effort.

Outward visibility is adequate in all directions and from nearly any seat in the house, thanks to high seats and large windows. The Trax's small size also helps in this regard, as there's simply less real estate to overcome. 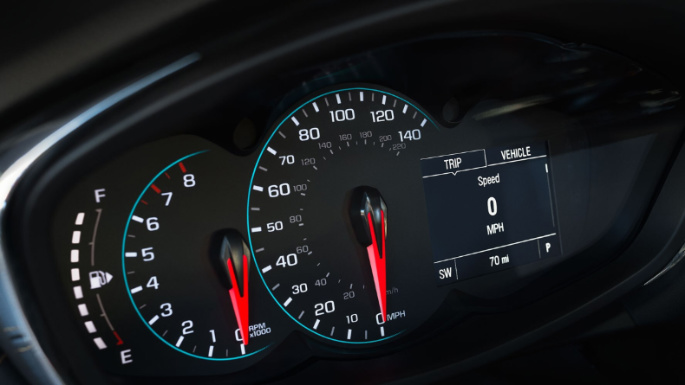 The 2020 Chevrolet Trax is rated by the Environmental Protection Agency (EPA) at 26 mpg city, 31 mpg highway, and 26 mpg combined with standard front-wheel-drive. On models with optional all-wheel-drive, the Trax has EPA-estimated fuel economy numbers of 24 city, 29 highway, and 26 combined.

The Trax's fuel economy is barely adequate but doesn't suffer much from the all-wheel-drive system's added weight. That said, many reviewers have found that the Chevrolet does not match its EPA fuel economy estimates. And competitors offer more power and better fuel economy in many cases, which puts the Trax in an awkward spot. For example, the Kia Soul has over 60 horsepower more, is much quicker, and achieves better gas mileage than a front-drive Trax. And even Chevy's Equinox is larger, more powerful, and slightly more efficient. 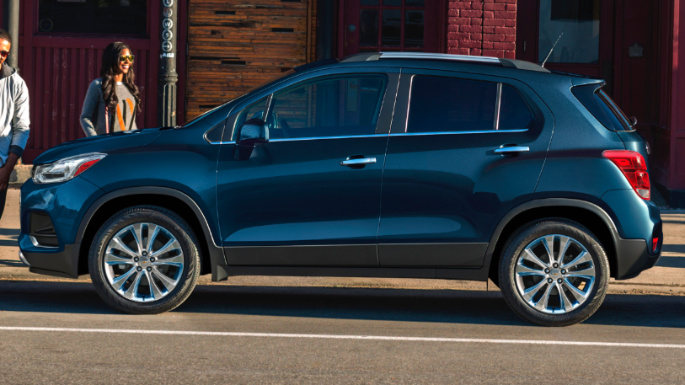 The LS can be upgraded with up to four different options packages. The $495 Tint and Cruise Package includes rear privacy glass and cruise control. The $295 Protection Package brings in all-weather floor mats and splash guards. A $190 Interior Protection package includes cargo mats and all-weather floor mats. And the $125 Cargo Package adds a cargo mat and cargo net.