Named after the coastal California town, the Chevrolet Malibu was a staple in '60s beach culture. Today, it's a midsize family sedan that remains a favorite offering among Chevy fans, right alongside the equally iconic Impala. Although the Malibu got its start as a trim level on a Chevelle, over nine generations it's carved out its own identity in the industry. 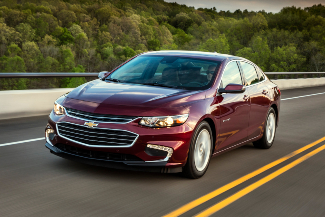 In 2016, Chevrolet revealed a fully redesigned Malibu that shed nearly 300 pounds while also offering more interior room than the previous iteration. The sleek body shape has been compared to the modern tenth-generation Impalas released in 2014.

All models in this generation are front-wheel-drive. The Malibu comes stock with a brand-new LFV Ecotec 1.5-liter turbo engine that makes 160 horsepower and 184 pound-feet of torque; it's paired with a six-speed automatic transmission. Those who crave more speed and power can opt for a 2.0-liter turbocharged engine with 250 horsepower and 260 pound-feet of torque; it comes with a nine-speed automatic transmission.

The ninth-generation marks the first time a full hybrid Malibu was available, much to the delight of eco-conscious Chevy fans. It uses an electric motor paired with a 1.8-liter, four-cylinder engine for a total of 182 horsepower and 277 pound-feet of torque.

The ninth-generation Malibu also features crash-avoidance safety technology, as well as a teen driver feature that allows parents to monitor driving statistics -- the first feature of its kind in the automotive industry.

In 2019, Chevy gave the Malibu a light refresh that included mild updates to the front grille, bumper and headlights as well as the rear bumper and dual exhaust tips. A backup camera was added to the base trim and s sport-tuned RS trim level was added. The 1.5-liter engine is now paired with a CVT automatic gearbox that replaces the six-speed automatic. Inside, the 2019 model adds a standard eight-inch touchscreen infotainment system with updated software. 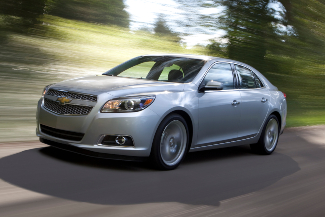 In contrast to the more elegant seventh-generation Malibu, the eighth-generation features more aggressive contours and sculpting, including block tail lighting and a more prominent front grille.

The interior was also redesigned to feel more modern while also making room for the large touch-screen infotainment screen that featured MyLink, Pandora, SiriusXM and navigation as an optional upgrade.

Engine options varied by country, but in the U.S., the eighth generation came with 2.5-liter 4-cylinder engines and 6-speed automatic transmissions.

The eighth-generation's ECO models went on sale officially in 2012 and turbo models were introduced in 2013. 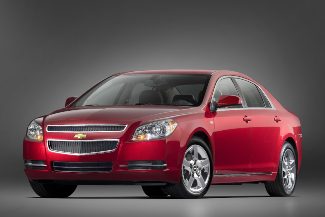 Depending on the year of purchase, buyers could choose among various 2.4-liter, 3.5-liter and 3.6-liter engines with 4-speed or 6-speed automatic transmission configurations. 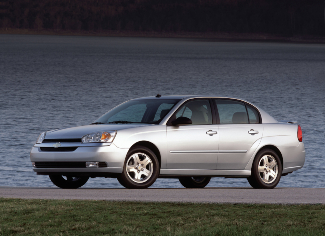 The sixth generation Malibu had a complete interior redesign, as well as some exterior changes such as bigger headlights and a blunt rear design.

Buyers could choose between a 4-door sedan or a hatchback version called the Malibu Maxx that was discontinued in the 2007 model year.

Chevrolet also introduced SS (Super Sport) version in 2006 and 2007 that included a 3.9-liter V6 engine that delivered 240 horsepower, as opposed to the 2.2-liter and 3.5-liter engines that made 200 and 217 horsepower, respectively, in the previous iterations. 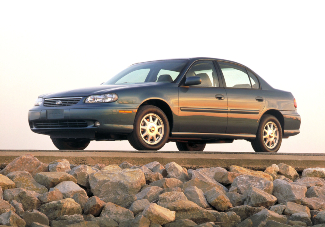 Chevrolet revived the Malibu name in 1994, following 14 years of hiatus.

The design was typical of the '90s sedans of the time, with soft sculpting and round headlamps that were common in comparable vehicles. 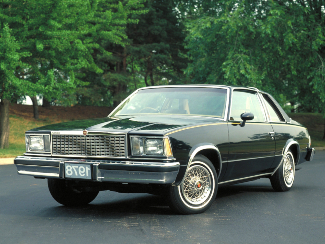 The fourth generation Malibu marks the first time the Malibu shed its Chevelle name and became a separate model, as previously the Malibu was a trim level on the Chevelle and the most popular Chevelle badge.

The streamlined design was roughly one foot shorter and 500 to 1,000 pounds lighter than the third generation, while still offering more leg room, head room and trunk space.

The vehicle was available in two trim levels: the Malibu or Malibu Classic and three body styles were available: a sedan, coupe or station wagon. A 3.3-liter V6 engine came stock, and eventually V8 options were made available. 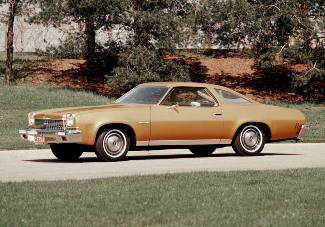 In 1973, the third generation Malibu and Malibu SS were actually the mid-range trim levels of the Chevelle (the Deluxe was the entry-level option and the Laguna was the top of the line). In 1974, Chevy dropped the Deluxe and the Malibu took its place as the entry-level option and the Malibu Classic replaced the Laguna as the high-end trim level. An inline 6-cylinder engine came standard in the Malibu Chevelle. 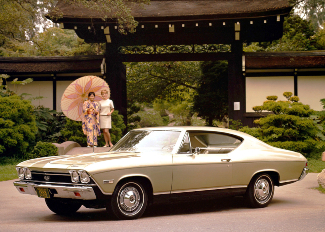 In 1968, Chevy completely revamped all of its Chevelle models, including the Malibu. The company also introduced the Malibu Concours luxury option for coupes and sedans that included upscale refinements such as upgraded vinyl or cloth bench seats, wood trim, a center console, floor shifting and more.

The base engine was a 5.0-liter V8 that delivered 200 horsepower.

Throughout its four years on the market, the Malibu Chevelle underwent multiple design changes, including revised tail lights, grilles and rear decks. 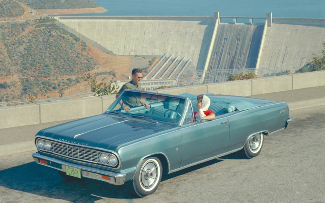 The Malibu got its start as the top-of-the-line trim level of the Chevy Chevelle. Buyers could choose from sedan, coupe, convertible or wagon models.

The Malibu SS was geared towards those who wanted more power, speed and performance thanks to its 6-cylinder V8 engine options, and it was available as either a coupe or convertible. The SS model also featured upgrades such as bucket seats, engine gauges and a center console that had optional Powerglide or 4-speed manual transmission configurations.

Throughout the course of the first generation's lifespan, it went through multiple design changes, including revised grilles, tail sections and tail lights, as well as the addition of an 8-track tape player in 1967.