The M3 represents a comprehensively upgraded version of the BMW 3 Series, and it bases its improvements on those inspired by racing. The M3 engines are usually unique from those in the 3 Series and the handling, suspension, braking, and body have been enhanced for superior aerodynamics, lighter weight, and superior performance for true German engineering enthusiasts. 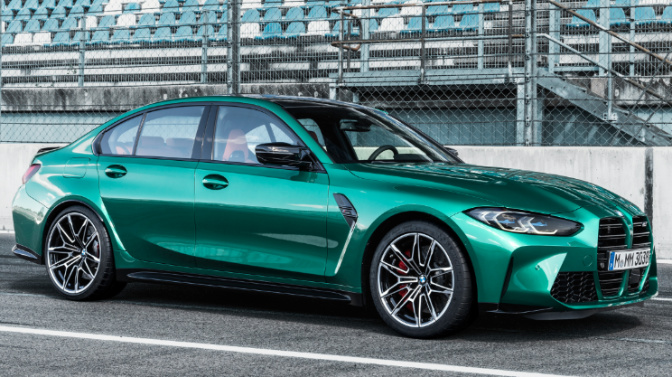 The sixth BMW M3 generation saw big changes when it came to the drivetrain. Using an S58 3.0-liter straight-six that was only previously available in the G01 X3 M, this new BMW also marked the first time that all-wheel drive was offered as an option. However, a manual, six-speed gearbox is only available on the rear-wheel-drive version. The all-wheel drive models feature BMW’s eight-speed Steptronic automatic.

This M3 came in three different editions: the M3 Sedan, the M3 Competition Sedan, and the Competition xDrive sedan, which is the all-wheel-drive version.

The sixth-generation M3’s engine starts at 473 horsepower with 406 pound-feet of torque for a top speed of 155 miles per hour and an acceleration time of zero to 60 in 4.1 seconds. The Competition model features 503 horsepower and 479 pound-feet of torque, which delivers a zero to 60 time of just 3.8 seconds. An optional driver’s package can also take the top speed up to 180 miles per hour by removing the limiter.

This generation is also compatible with all of BMW's M Performance Parts. Things like wings and body skirts can be fitted to change the body style, and an M Performance Exhaust system can be added as well.

The tech enhancements include parking assistance and an available executive package that features a heads-up display and heated steering wheel. The Competition models also come with a professional driving assistance package. 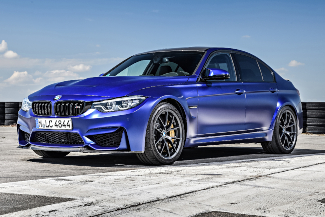 For the first time, BMW reduced the M3’s weight by several hundred pounds, aided by the use of aluminum for various body panels and carbon fiber for the roof and the driveshaft.

The F80 generation was only offered as a sedan (M3 coupe and convertible models were rebranded as the M4). The brakes were improved by replacing the side calipers with double-pistons with an optional 4-piston ceramic setup available.

This new generation was notable for its switch back to a turbocharged six-cylinder engine -- as most of the earlier M3 models had used -- but a departure from the previous generation, which used a V8. The newest engine was a 425-horsepower, 3.0-liter twin-turbo inline six-cylinder, and when equipped with a 7-speed M-DCT (dual-clutch) transmission, this car could do 0-60 in 3.9 seconds. With the 6-speed manual, 0-60 happened in 4.1 seconds. The top speed remained 155 miles per hour.

For the 2016 model year, BMW gave the new M3 a subtle update, updating the taillights to full LEDs and adding new exterior colors.

A second update occurred for the 2018 model year; BMW tweaked the design of the lower front bumper on the car. 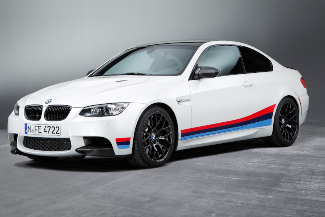 Launched in 2008, the E90 was the heaviest of the M3 automotive line thus far, as well as the most luxurious.

This generation came in sedan, coupe, or convertible with a power-retractable hard-top. The added weight of the convertible's roof mechanism adversely affected this model’s performance. The convertible’s leather seats had a special surface that prevented seats from getting hot when the top was down. It was the only mass-market M3 to use a V8 engine, a new 414-horsepower 4.0-liter unit that was paired with a 6-speed manual transmission.

In 2011, BMW updated the car. Changes included LED taillights and minor updates to the interior. 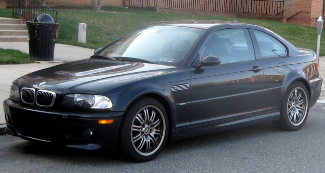 The next step in M3 evolution, the BMW E46 M3, was offered only as a convertible or coupe with expanded wheel arches and a hood bulge over the grille as well as a more upscale interior and stability control for better cornering. A new 333-horsepower 3.2-liter M-tuned inline-six-cylinder engine was introduced, which could do 0-60 in 5.1 seconds, with a top speed of 155 miles per hour.

The standard transmission was a six-speed manual, but an SMG drivelogic transmission was available as an option. The drivelogic, aka SMG II, was a standard 6-speed automatic, but with a Formula-One-style electrohydraulically actuated clutch pedal with paddle shifters mounted on the steering wheel. This configuration allowed a shifting speed of 0.08 seconds. 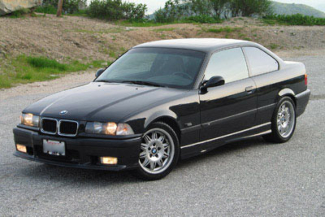 This was the first M3 model to use a six-cylinder engine and come in a four-door sedan. The new cars that came to the U.S. market initially had a 240-horsepower, 3.0-liter inline straight-six with a five-speed manual or automatic transmission (Euro-spec sports cars had considerably more horsepower).

The first E36 was imported to the United States in 1995, where it competed with rivals like Porsche and Audi as a homologation design that was up to FIA standards and satisfied Group A touring rules for race cars. The rest of the generation (1996-1999) had a larger, 3.2-liter inline six-cylinder engine with the same 240-horsepower output and a shorter differential.

This model had the same rear axle and clutch as the European BMW motorsport model, but a different suspension. Despite gaining weight versus the earlier generation, the M3 could go from 0-60 in 5.6 seconds, with a top speed of 155 miles per hour.

An M3 sedan was available in the U.S. starting in 1997 and a convertible variant joined the ranks in 1998. 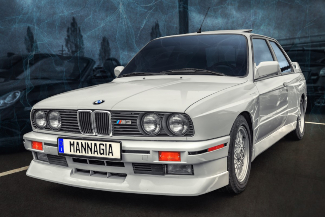 The first M3 was originally only offered as a coupe or convertible and both featured BMW’s S14 2.3-liter inline high-revving four-cylinder engine which initially delivered 192 horses with a catalytic converter and 197 without one.

While the M3 shared the same basic road car shell as the 3 Series, it had a dozen unique and different aerodynamic body panels the other model lacked. It also had flared wheel arches to make room for racer tires. The suspension and brakes also differed, and so did the drivetrain. The M3 E30 had a 5-speed clutch-type manual overdrive transmission.