The BMW 3 Series has comprised of seven generations so far and in that time it has lived up to its reputation as the ultimate BMW and a textbook example of German automobile engineering. With an aerodynamic body style and a quick, responsive drivetrain, this mix of sport performance and luxury car comfort has become incredibly popular over its many years in production. 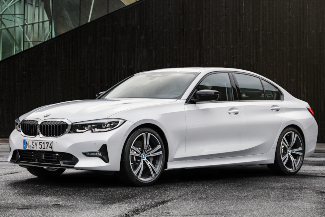 Now in its current and seventh generation, the 3 Series has grown more substantial and more sophisticated over the years. Only the sedan is available this time, as the wagon and Gran Turismo ended their run in the U.S. after 2019.

The 330i is powered by a turbocharged four-cylinder again producing 255 horsepower, while the M340i gets a turbocharged six-cylinder engine with 382 horsepower. Also, a manual transmission is no longer available as all models get an 8-speed automatic.

New features include a built-in voice assistant for the infotainment system, a fully digital instrument panel and driver assistance technologies that can perform minor steering functions.

BMW, trying to be a technological leader, has injected that into the G20 3 Series. And that makes it more fascinating to see where its roots started as a compact premium car that was fun to drive.

For the seventh generation (which bowed for the 2020 model year), BMW made the 3-Series with a larger body style than had been available in previous years. While the first year of the new generation only featured the 330i, 2020 saw the introduction of the 330i xDrive as well as the M340i and the M340i xDrive.

This model year includes the Connected Package Plus as a standard feature, which includes real-time traffic as well as all BMW Remote services. The M340i has been tuned by BMW's M division and comes with a 6-cylinder engine instead of the standard four-cylinder that comes with the other variations.

In 2021, the 3-Series was offered in a plug-in hybrid version called the 330e that gets an all-electric range of up to 22 miles with a top speed of 87 miles per hour. This year also saw the introduction of the all-new BMW M3 model.

The standard M3 comes with a six-speed manual but the Competition version runs through an eight-speed automatic.

Both versions of the M3 are real-wheel drive. Every M3 also comes with adaptive dampers and an adjustable brake pedal for a customized feel.

For the 2022 model year, the standard 3-Series cars didn't get much in the way of changes. However, the M3 versions are available in all-wheel drive for the first time in the history of the vehicle. While AWD only comes with the Competition version of the car, this makes it much quicker than the rear-wheel drive version. 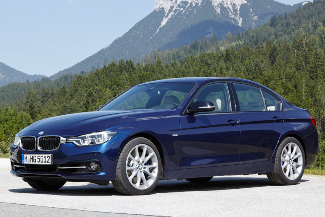 The sixth-generation 3 Series came for 2012, initially as a sedan and later in wagon form. The coupes and convertibles were rebadged the 4 Series. BMW continued to add technology, making its iDrive infotainment system standard on all models, as well as all of the engines turbocharged.

A turbocharged four-cylinder powered the base 328i (later 330i) model, while the 335i (later 340i) continued with a turbocharged six-cylinder. Diesel power returned, but this time as the four-cylinder 328d, and also available with all-wheel-drive and as a wagon.

The M3 sedan features a turbocharged six-cylinder engine with 425 horsepower and a 0-60 mph time of under 4 seconds.

Other firsts for this generation of 3 Series included the new Gran Turismo four-door hatchback model and the introduction of hybrid models: the ActiveHybrid3, later replaced by the 330e plug-in hybrid. 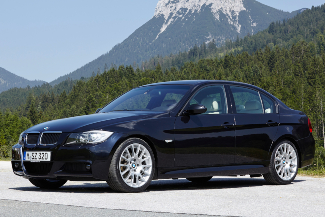 The 3 Series continued to get larger and more powerful when the fifth-generation models started to arrive for 2006. Wagons and coupes quickly joined sedans.

The convertible, which appeared in 2007, switched from a fabric roof to a folding hardtop roof as was popular in the mid-2000s. That made it significantly heavier, but all variants grew from the E46.

Again with the previous generation, only six-cylinder models were available.

All-wheel-drive continued to be available, this time also on coupes and convertibles. A six-cylinder diesel option arrived for 2009 on the 335d sedan, another first.

The M3 coupe, sports sedan, and convertible came for 2008, now with a V8 that produced 414 horsepower. 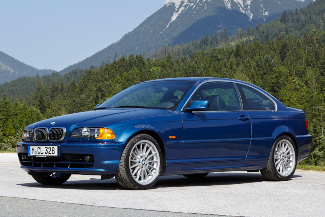 Continuing to increase performance and refinement, the fourth-generation E46 3-Series models began to appear for 1999. A sedan, coupe, and convertible all returned but were joined by a wagon for the first time in the U.S.

For the first time in this country, only six-cylinder engines were offered on the E46 generation, as the 323i and the slightly more powerful 328i.

All-wheel drive returned to the options list for some models, joined by features such as satellite navigation, side, and head airbags, and six-speed transmissions.

The sporty M3 returned in 2001 as a coupe or convertible with 333 horsepower and either a manual transmission or a new automated manual option. 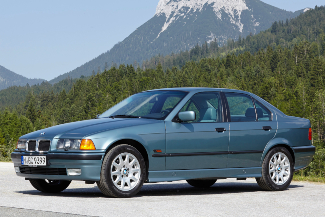 The first models of the third-generation 3 Series began appearing in 1992. The car initially launched as a four-door sedan: the four-cylinder 318i and the six-cylinder 325i. These models were significantly more substantial and more powerful than their predecessors. For the first time, some models were built in the U.S., as well as Germany.

Coupe and convertible variants followed for 1994, and the M3 returned in 1995, this time with a 240-horsepower, six-cylinder engine and available in either coupe, sedan, or convertible for the first time.

For the first time, a hatchback was offered by the automaker, called the 318ti. Introduced in 1995, it was considerably shorter than the coupe and 3-Series sedan and offered only four-cylinder power, but at a substantially lower price new. It was discontinued after 1999. 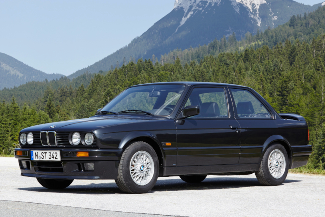 The second-generation, known as the E30, arrived for 1984 as a two-door but was quickly followed by a four-door sedan for the first time.

The 318i was powered by a 1.8-liter four-cylinder engine with 103 horsepower but was available with a five-speed manual or four-speed automatic.

The 318i was joined in 1985 by the 325e, which received a 2.5-liter six-cylinder engine with 121 horsepower, later replaced by the popular 325i model along with a convertible model.

All-wheel-drive was also available on the 325iX model for the first time.

In 1988, the M3 was introduced as a high-performance variant, with a 192-horsepower four-cylinder engine and only available with a five-speed manual. This particular M3 has since become a performance car icon among enthusiasts and is considered highly collectible. 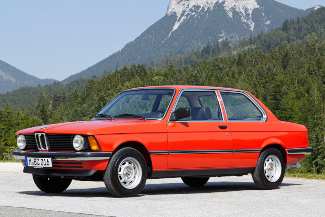 Available only as a two-door, this first-generation of the BMW 3-Series was initially only powered by a 2.0-liter four-cylinder engine with 110 horsepower and fuel injection.

In 1980, the 320iS model arrived, with upgraded seats, suspension, and a five-speed manual transmission, among other performance enhancements.

While the 2002 was seen as a smaller vehicle, the E21 shared a similar design as the company’s larger sedan and solidified BMW as a maker of premium vehicles. Its rear-wheel-drive platform and sharp driving characteristics made it popular among enthusiasts, too.

But with its small interior and relatively thin list of equipment, it’s a far cry from the current 3 Series.