All new for 2019 and in its seventh generation, the 3 Series is perhaps BMW’s best-known model and the one that is closest linked to its brand identity. It’s often called the benchmark of the sport sedan segment; BMW’s 4 Series is the coupe, four-door coupe and convertible variant, though new versions of those models haven’t been revealed yet.

BMW’s equally-iconic M3 performance sedan will debut in another year or so.

This new generation 3 Series is known internally (and to BMW fans worldwide) as the G20 model. It grows a bit versus its predecessor: the wheelbase is 1.6 inches longer, the overall length is 2.9 inches longer and it’s slightly wider and taller. Despite this growth, by using more aluminum throughout the 3 Series’ body, structure and chassis, BMW was able to shave as much as 121 pounds off the previous model’s curb weight. 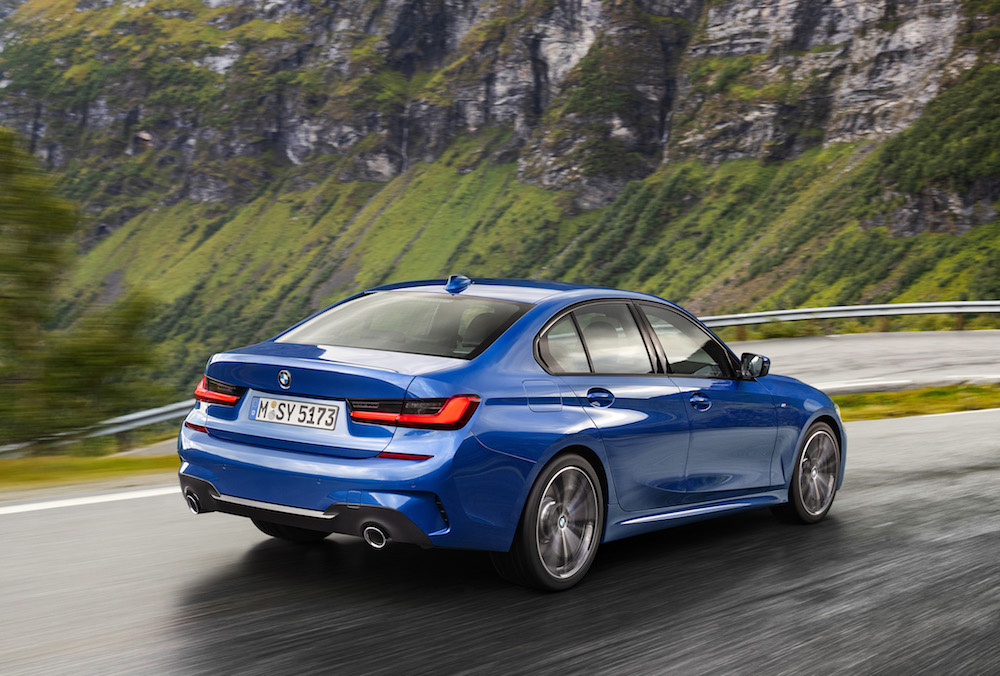 The lustier M340i version will go on sale next summer as a 2020 model and it starts at $54,995. This model uses a turbocharged straight-six cylinder engine that makes 382 horsepower and 369 pound-feet of torque.

Both the 330i and M340i will come standard with an eight-speed automatic transmission with paddle shifters and a manual mode. Rear-wheel-drive is standard on both, while BMW’s xDrive all-wheel-drive system will be a $2,000 option.

TLDR: More of everything that's made the 3 Series good.

More of the good stuff. The base 330i now comes with slightly more horsepower (up seven) and more torque (37 additional pound-feet), plus more space inside and out (four six-foot-tall passengers can ride comfortably), more cutting-edge technology features, excellent handling and impressive refinement. And with no price increase versus the outgoing sixth-generation. Kudos to BMW for making the good parts of the 3 Series better without inadvertently creating new weak spots.

Tech goodies. A 3D, 360-degree parking camera. A drowsy driver alert system which, on command, will turn up energizing music and will use the climate control system to send pulses of cooler air into the cabin to help wake you up. A parking memory system that automatically backs the car out of the space based on how you drove it in there. BMW engineers packed a lot of novel tech-based features — most of which are optional — into this new 3 Series to keep the sedan modern, relevant and selling well in the face of increasing competition from rivals and the crossover segment. The nice thing is these features are useful and they work well -- rather than kitschy, poorly-executed novelties that no one in the real world will use.

M340i. While the 330i will diligently do its job as a base model with a nice mix of fun and comfort (funfort?), the M340i xDrive that we tested proved to be a real hoot on the racetrack (we weren’t able to test it on public roads). Its all-wheel-drive system ably mimics a rear-wheel-drive car with impressive levels of predictable oversteer, the powertrain has it all (strong engine power, quick transmission shifts) and the steering and handling are equal parts smooth and predictable. While the experience wasn’t as crisp as an Alfa Romeo Giulia, it was impressive and thrilling nevertheless. 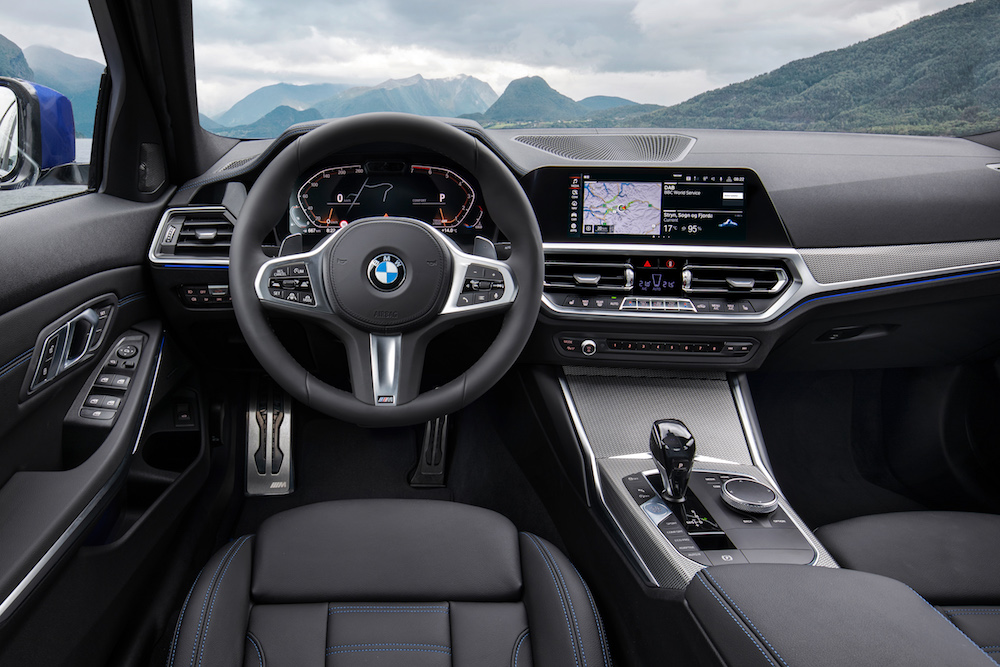 TLDR: A few minor issues with its handling

Sleepy transmission. When pushed hard in the 330i’s default driving mode, the eight-speed automatic feels slow to when changing gears, a marked departure from the rest of the car’s usually enthusiastic personality.

Suspension. Without getting into the boring details, there were times when the suspension felt too stiff (over some odd bumps in regular driving) or too bouncy (on undulating freeways) or even a little unsettled when soaking up a bump in the middle of a high-speed corner. Much of this is likely tied to a new suspension design BMW debuted on this 3 Series called lift-related damper control. Regardless of what you call it, we were surprised to encounter these issues, given BMW’s reputation for dynamic excellence.

Light steering. In the 330i’s default mode, the steering feel was too light to provide meaningful feedback to the driver. Fortunately this was easily resolved by switching the car into one of its other modes: Sport, Sport+ (if equipped) or individual.

The 2020 M340i starts at $54,995 and comes with its stellar 382-horsepower, turbocharged inline six-cylinder engine. Its list of standard features hasn’t been finalized but it will certainly include at least the same base features as the 330i. It will also come standard with a standard limited-slip differential, navigation system, a firmer, sport-tuned M-Sport suspension that rides 0.4-inches lower, variable ratio sport steering, larger performance M Sport brakes, three-zone climate control, a 12.3-inch digital, configurable instrument panel and a 10.25-inch touchscreen infotainment system.

Despite plenty of models competing against it, the 3 Series doesn’t have many true rivals who balance comfort, performance and luxury so well.

The Genesis G70 is another model that tops this segment in terms of handling and it's overall an excellent option but we'd still prefer this new 3 Series.

The Mercedes C Class has plenty of luxury but it's also more focused on low-key elegance than being fun on the streets.

Audi's A4 is perfectly suited to many buyers' tastes but we also found it a little bland to drive.