Honda's luxury brand Acura has become a popular luxury SUV nameplate in the U.S. and it has the RDX to thank. As one of the first entries in the compact luxury SUV class, it pioneered more of what many people wanted, which was to sit slightly higher, have all-wheel-drive, but with a driving experience mostly like a sedan.

And the company was right that this class would become one of the largest in the luxury segment. Nearly every one of Acura rivals fields at least one compact luxury SUV, but all with different takes. Even through three generations, however, the RDX has taken on many forms and a different emphasis between luxury and performance. But by evolving with a competitive class, it has endured as one of the most popular vehicles Acura has produced. 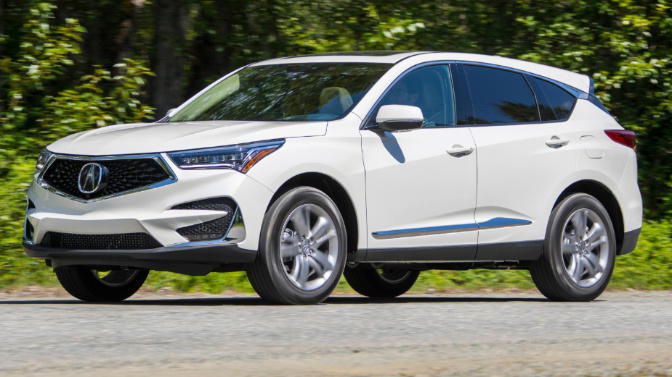 Acura introduced this all-new model to acclaim in 2019. The redesign brought a totally new look, a new platform, the switch back to a turbo four-cylinder, and an overhauled interior. The new RDX was the first Acura to show off the brand’s new design motif inside and out. An even more imposing grille and large wheels dominated the outside, while a sweeping console defined the interior.

A 272-horsepower, 2.0-liter turbocharged four-cylinder engine with a 10-speed automatic was the sole engine-and-transmission choice. Front-wheel-drive was standard, but the more advanced Super Handling All-Wheel-Drive system was reintroduced from the first generation as an option. That and more aggressively tuned steering and suspension returned the RDX to a more performance-oriented SUV. Available adaptive dampers further aided agility while maintaining a comfortable ride. And the standard drive mode selection altered automatic shifts, steering response, and accelerator pedal response depending on the setting.

The new RDX was marginally larger than the outgoing model but remained a strict five-seater. The interior was defined by Acura’s new infotainment system that used a 10.2-inch screen operated by a trackpad on the console. Android Auto was a late addition, but Apple CarPlay was included. Other new features included a panoramic moonroof, a head-up display, and a surround-view camera.

For the first time, the RDX offered an A-Spec model, which included larger alloy wheels, blacked-out exterior trim, paddle shifters on the steering wheel, and a red-and-black interior scheme with Alcantara (simulated suede) accents on the seats. 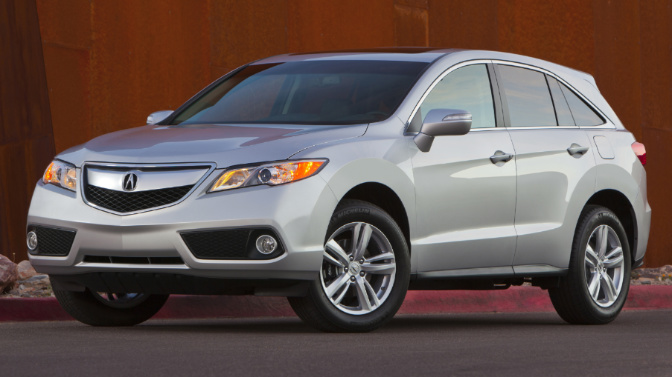 Perhaps Acura thought the first RDX was too unconventional, and after a nearly year-long hiatus, it released the second generation version. This time, the RDX closely followed the popular format of its MDX. The turbo four was swapped for a 270-horsepower, 3.5-liter V6. The styling was more conservative than before, looking more like a scaled-down MDX. Interior dimensions were larger this time, correcting complaints about the first RDX’s tight rear seat and cargo area. And the suspension and steering were all softened and made less sporty than before, but the vehicle was more comfortable.

On the technology side, a backup camera and keyless entry and push-button start became standard, and a hard-drive-based navigation system with live traffic, power tailgate, and Bluetooth streaming audio, as well as a USB port with iPod compatibility were also available.

For 2016, Acura updated the second-generation RDX with a look reminiscent of the latest MDX. That included a revised grille and new LED headlights and a slightly more powerful, 279-horsepower V6. More significantly, adaptive cruise control, lane-keep assist, and blind-spot monitoring were newly added driver assistance technology features. The interior was also given an update to keep it current with the rest of its competitive class. 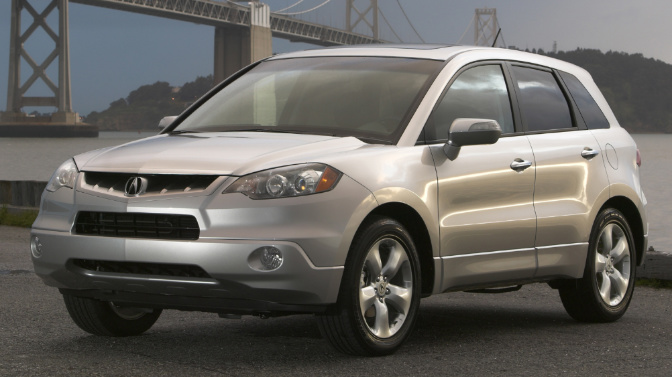 After the immensely popular three-row MDX, Acura followed up for 2006 with the RDX. With its short and squat proportions and aggressive nose, the smaller Acura was much more youthful in appearance – in fact, it was barely higher off the ground than one of the company’s sedans. Yet against its prime rival, the BMW X3, the Acura RDX tried to one-up its German competitor with an altogether more aggressive demeanor.

And that would extend to the equipment on offer. Acuras tended to come very well-equipped; this was no exception with the RDX. Leather upholstery, a five-speed automatic, automatic climate control, and six airbags were standard. Options included a DVD-based navigation system, XM Traffic mapping, a 10-speaker ELS Audio system, and an early iPod connectivity system – all innovative features for the mid-2000s.

An unconventional-for-Acura 240-horsepower, 2.3-liter turbocharged four-cylinder engine was the only engine. A five-speed automatic was standard, along with standard all-wheel-drive. A front-wheel-drive version was added later. But the so-called Super-Handling All-Wheel-Drive system was more advanced than most for its time. Lifted from the high-line Acura RL sedan, the system would not only shift power between the front and rear wheels but also between the left and right. That gave the RDX its agility over other SUVs.

A modified version in 2010 gave the RDX a front-wheel-drive variant for better fuel economy, as well as some detail changes that included Acura’s polarizing new grille. But the RDX was mostly unchanged for its run.